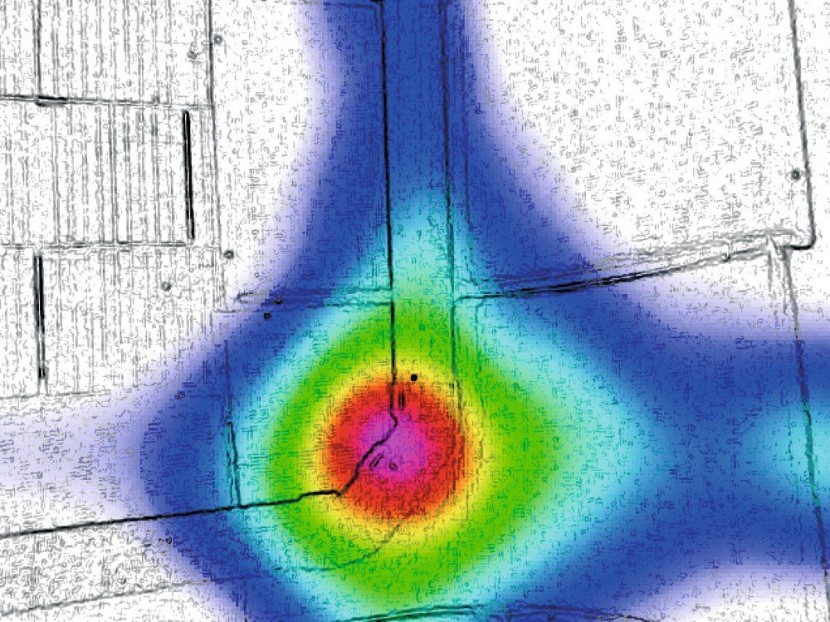 When putting in a new bathroom, it would be a shame for a beautiful finish to be accompanied by noisy pipework because acoustics were not taken into account at the design stage. Victoria Willis, Product Manager for Geberit, takes a look at this important issue.

When specifying a customer’s bathroom, the focus is usually on how it looks and how it functions, considerations based on product choices and where these products fit within the space. There is another element you should be thinking about, one that you can’t see but is just as important as style and usability – sound. Too much noise is a key problem for many bathrooms, disturbing other users of a building, particularly in flats and hotels which have multiple floors and multiple bathrooms.

Domestic tranquillity
Noisy bathrooms are a problem for nearly all of us. According to our own research, 90% of people have been disturbed by waste water noise, with 55% of tenants stating they’d pay a little more rent if bathroom noises were reduced. Many of your customers may just view clunking pipes and wooshing cisterns as part and parcel of the washroom experience, something that there is little that can be done about.

This is not the case: noise, just like style and functionality, can be controlled and reduced by employing good design techniques and choosing products that help reduce bathroom sounds. If you count flats and hotel owners amongst your customer base, reducing washroom noises is even more important – it’s one thing to tolerate members of your own family waking you up using the bathroom at night – it’s quite another if you’re being disturbed by guests or residents in an adjacent apartment or room.

Despite the direct effect of noisy bathrooms on a good night’s sleep, in Geberit’s opinion bathroom acoustics are often not considered at the design and specification stage, with the guidance that is in place falling short of the actual requirements of real buildings.

Sound advice
The industry standards for pipework testing in particular does not go far enough in our opinion. European Standard EN 14366m measures noise generated by drainage pipes, behind and in front of the installation wall, with noise levels measured applied to specific building situations in a limited way. Drainage pipe noise is measured without connections to appliances and in an artificial room layout. Pipework is exposed, causing airborne noise that is unlikely in a real bathroom, and solid borne sound is measured through a concrete wall – an unrealistic scenario. Toilet flushing, filling noise and water flow are all excluded from the tests. The test reports often ignore the types of system components too – which bracket, pipe and fittings?

By looking at the whole system, including pipework layout and product choices, set up in a UK bathroom, we can provide a better insight into actual disturbances and how to combat them.

Dealing with decibels
In terms of decibels (dB), bathrooms should produce no more than 40dB, with bedrooms needing to be below 30dB in order for occupants to get a good night’s sleep. Bad bathroom choices can create dBs of over 50 – far too noisy for the average person.

Noise is caused by a number of bathroom essentials – cisterns, water in the soil stack, and travelling through the pipes. Waste water noise in particular is neglected in planning, with installation elements having direct contact with walls and floors. Some drainage pipes do not include any kind of noise absorption.

Location matters
In new builds, or refurb projects where the bathroom location is up for discussion, it’s important that washrooms are located far away from the main living spaces. In flats, for example, they should not be placed next to the neighbour’s bedroom.

Water flowing through pipes is often very noisy, with sounds travelling through the walls to neighbouring rooms. By reducing the amount of off-sets, however, this noise can be reduced. A 45º bend will create 9dBs, compared to just 5dBs for a 15º one. Multiplied by the numerous pipes used within a multi-floored and bathroomed building, and you have considerable sound savings.

Some pipework includes integral noise reduction, including stone composite to deaden water sound as it runs through, such as Geberit’s Silent-dB20.

Style and sound
Thankfully, modern bathroom trends often lend themselves to quieter bathrooms. Wall-hung sanitaryware, for example, is a much better option than back-to-wall WCs, with no noise travelling through the floor. As an example, a close-coupled WC can produce around 56dBs of sound, compared just 30dBs for a wall-hung option using a Geberit Duofix frame. In general, pre-wall acoustic de-couplers will help reduce noise, with rubber brackets that reduce solid borne sound.

Next time you’re asked to help design and install a bathroom, don’t just focus on the visible elements. Sound reduction should be viewed as an integral part of a washroom scheme, ensuring undisturbed sleep, privacy for bathroom users and adding the finishing touch of quality – particularly important in high end hotels and apartments. 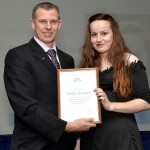 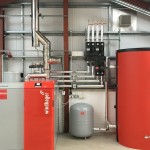