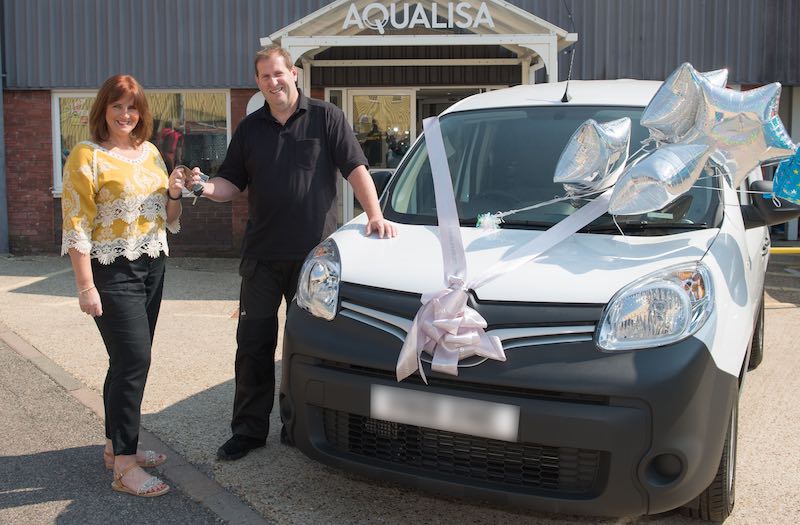 To celebrate its 40th birthday, Aqualisa gave installers the chance to win a new Renault Kangoo Business van worth nearly £15,000 by registering the purchase of a qualifying Aqualisa smart shower product online. Paul Phillips, owner of I Do Plumbing was the lucky winner to be presented with the prize after being randomly drawn from the many customers who registered a purchase.

A small family run business, I Do Plumbing was formed in 2006 by Paul who has over 25 years’ experience specialising in both domestic and industrial plumbing and heating.

I often install Aqualisa showers, in particular the Quartz range, which I have worked with a lot – I even have one in my own home. The after-service at Aqualisa is great and the warrantees available are also excellent. Aqualisa showers are what we call ‘fit and forget’ products – they are never any trouble after installation.”

Commenting on his win, Paul adds:

I never thought I would win something like this – it’s really exciting. I have two company vans at the moment but the lease on one is shortly coming to an end so this couldn’t have come at a better time. It’s great to have a new addition to the fleet.”

Paul bought the lucky shower from Brian Ellery, owner of Perrys Bathrooms – an independent bathroom showroom that’s been in Beckenham since 1951.

The response to the ‘Win a Van’ competition has been fantastic. We were thrilled to give Paul his prize and a tour of our head office and factory. We hope that he can put the van to good use and that it will help his business prosper.” 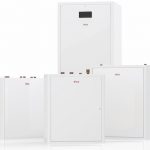