Busting those myths about electric heating 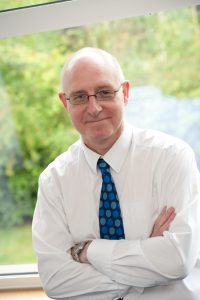 If you thought that electric heating appliances are hard to control and expensive to run then perhaps it’s time to think again. Chris Stammers, Product Marketing Director at Dimplex, looks at some of the common misconceptions about electric heating technology and why the sector has good reason to be optimistic about the future.

Millions of UK homes rely on electricity to meet their heating needs, yet there remain some common misconceptions associated with this technology. Here are a few of the myths that need to be dispelled:

Myth 1:  Electric heating is outdated
If you were to go back less than a decade, it would be fair to say you would be justified in arguing that electric heating systems were outdated. However, thanks to unprecedented product innovation in the last few years by leading manufacturers, there is now a whole new generation of electric appliances that offer convenience, efficiency and performance like never before.

Today’s appliances are innovative and intelligent. You can visit your local merchant or distributor today and buy electric heaters that monitor and adapt to the user’s lifestyle and changing climate conditions, that can tap into renewable energy sources, or that have the potential to link wirelessly to a central hub. In fact, our Quantum off-peak heating system can do all three.

Direct-acting panel heaters have come on in leaps and bounds too. A popular choice in rooms such as bedrooms and conservatories due to their quick heat up times, panel heaters would, in previous years, have had a simple on/off control, with optional timers for greater control.

Today’s market-leading models are unrecognisable from the electric heating appliances of the past. Our Q-Rad electric radiator, for example, includes a self-learning algorithm with delayed start feature so the heaters calculate the shortest run time needed in order for the heater to reach the user defined target temperature, exactly at the time specified.

And it does not stop there. With the opportunity to link into forward-thinking initiatives and technology such as smart meters and the Internet of Things, electric heating is undoubtedly well placed for the future.

Myth 2 :  There is no demand for it
Consider the current penetration of electric housing amongst the UK’s housing stock. There are approximately 2.3 million electrically heated homes in the UK, 9.3% of all housing, and Dimplex estimates up to two million of these have outdated electric storage heaters in need of replacement.

Electric heating is on the rise, in part due to the influence of changing housing trends and the large numbers of flats and apartments built over the last decade.

The combination of smaller living space and low heat loss in well-insulated flats or small homes inevitably makes the cost of a boiler with conventional radiators unjustified. For many of these properties, of course, electric is the only heating choice irrespective of cost because gas supply is not available, usually because of the height of the building or its location.

However, the continued growth of electric heating is not just borne out of necessity. Research by Consumer Futures shows that nearly 70% of households with electric heating are completely satisfied with their system.

Myth 3: It is disproportionately expensive for homeowners
Another myth that can be easily disproven thanks to some robust Government research. According to the Government’s most recent Housing Factfile, the total cost of running household appliances such as the washing machine, tumble dryer, fridge freezer, TV and lighting costs the average household up to £534 per year – or £44.50 per month.

That works out at less than £38 per month. Many people, of course, will pay the same again each month for a monthly mobile phone bill, home entertainment package or gym membership – or even all three.

This common misconception that electric heating is too costly is not helped by poor specification which can make heating systems unnecessarily expensive to run and in some cases poor advice from manufacturers.

Some manufacturers will boldly state that direct-acting electric heaters, commonly referred to as electric radiators, aluminium radiators or panel heaters, are the ideal replacement for storage heaters. Put simply, it is not always the case – and installers must recognise this.

Whilst direct acting heating is undoubtedly the best option for some rooms, it is not always better than storage. Those who spend most of the day at home, for example, such as retired or unemployed homeowners, will always find it cheaper to have off-peak heaters.

Myth 4:  There is a lack of control
This is another myth that belongs in the 20th century. In the 1970s and ’80s, when millions of electric storage heaters were installed in homes across the UK, it was the case that users had no control over when stored energy was released into the room as heat. We also watched films on VHS and listened to music on tape cassettes, but like the rest of the home, technology has moved on.

Today, with the continued development of intelligent, easy-to-use controls, users have full command over all electric heating appliances to provide warmth only when it is required, all at the touch of a button.

Next article - Big prizes for a big boiler »