Can the grid cope with demand? The argument for heat pumps

With Government announcing a ‘future homes standard’ mandating the end of fossil fuel heating systems in new-build properties from 2025, low carbon heating technologies, such as ground source heat pumps, could be looked upon as the new standard for heating much like we view gas boilers today.

The decarbonisation of heat is hot on everyone’s agenda following ambitious new targets set by the Committee on Climate Change (CCC) to reduce the country’s carbon emissions. Parliament recently passed a motion declaring an ‘environment and climate emergency’, and many major British cities have stated their intent to become zero-carbon within the next 20 years.

It is clear from the recommendations published by the CCC that electrified heating has a critical role to play in providing a more sustainable infrastructure to heat our homes. This has made waves in the industry, with some key players questioning whether the national grid can cope with the additional electricity demand.

Kensa Contracting, specialists in the installation of large-scale ground source heat pump projects, has examined the potential impact of the proposed widespread deployment of electrically powered renewable heating systems on the grid, and how advances in technology and energy efficiency measures have the potential to address capacity concerns.

A paper that was recently published in the international peer-reviewed journal, Energy Policy, examined the impact of the large-scale deployment of heat pumps and found that the electrification of domestic heating on the grid is far less problematic than previously thought.

MD of Kensa Contracting, Dr Matthew Trewhella, confirms: “The rapid decarbonisation of the electricity grid over the last five years has added more momentum towards the electrification of heat. Concerns have been expressed that shifting load from fossil fuels such as oil, LPG and ultimately mains gas, will unduly increase the strain on the electricity grid beyond its capacity – particularly at peak times.

“However, unlike direct electric, heat pumps produce more heat than the electric that they consume, and therefore actually reduce the load imposed on the grid. When using ground source heat pumps in particular, this strain is further reduced because they are typically 20-25% more efficient than air source heat pumps.”

The Energy Policy’s paper acknowledges that ‘the electrification of heating nevertheless remains a significant challenge, and is likely to result in considerably greater peaks in electricity demand and seasonal variation’.

However, Kensa argues that the way in which UK housing stock is set to evolve, advances in heating technology and changes to the UK demographic will mitigate this. The emergence of dynamic tariffs (which vary electricity charges depending upon the time of use), heat storage products, smart controls and battery storage will ease capacity problems and further enhance the cost and carbon benefits.

Dr Trewhella explains: “By using smart controls that learn the occupant’s preferences and building heat physics, it is possible to avoid the peaks of grid strain and shift load to the times when the grid can best accommodate it. Ground source heat pumps have far more potential to participate in load shifting initiatives than air source variants, as the ground is a very stable temperature heat source. This means the heat pump can be run at the same efficiency any time of day or night (unlike air source where the efficiency is lower when the outside air temperature is colder at night). If you combine some energy storage local to the heat pump, it is possible to even further reduce the peak demand.” 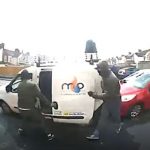 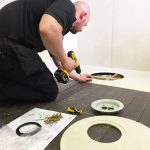