Championing the case for copper

Looking to make a stand against the prevalence of plastic piping in new build projects, the Copper Sustainability Partnership (CuSP) aims to  highlight the environmental benefits of copper and address some of the claims of  the plastics industry. Here, co-founders Mark Millerchip and Oliver Lawton, argue that copper represents a much more sustainable and safer alternative to plastic.

The debate of metal vs. plastic pipe has been ongoing for many years – copper tube has long been hailed as the ‘gold standard’ in plumbing but, despite this, plastic pipe has become increasingly prevalent in recent years. With contractors under pressure with fixed price contracts, some are looking to substitute products for cheaper alternatives and plastic tube manufacturers have pushed their product forward as a solution.

However, while it is true that plastic pipes provide a cheaper alternative to metal, there are actually a number of serious environmental problems and installation weaknesses to this solution.

Copper pipe has a unique ability to be safely recycled over and over without any loss in performance or properties. As a result, around half of Europe’s copper demand is currently being met by recycled materials and, to date, at least 65% of all copper mined remains in circulation, available for use. Additionally, according to the International Copper Association, about two thirds of the copper produced since 1900 is still in use today.

On the other hand, despite industry claims that plastic pipes are fully recyclable and have a circular, end of life economy, most plastics are still not being recycled. One reason for this is that many plastic pipes aren’t actually recyclable. For example, multi-layer composite (MLC) tube, consisting of layers of plastic and aluminium, is a prime example of commonly used tube that cannot be recycled. Additionally, plastic compounds such as polyvinylchloride (PVC), polyethylene (PE) or cross-linked polyethylene (PEX) all deteriorate over time, making them less and less suitable for recycling.

According to the University of Wisconsin-Madison, around 100 million tonnes of multilayer thermoplastics are produced globally each year and, because there is no way to separate the polymers, almost all of that plastic ends up in landfills or incinerators. Many claim that multilayer plastic pipes are recyclable but, as it stands, there are no recycling frameworks in place, so its ‘recyclability’ is currently nothing but theoretical.

Copper is a much safer alternative

Copper is known for its thermal resilience and has the ability to withstand fluctuating temperatures. In fact, its incredibly high melting point means copper pipes won’t melt, burn or give off toxic fumes in a building fire, like some plastic pipes will. An official building code report published by the International Code Council cites plastic material like piping as a “dangerous void” because of how it can melt, burn, and spread fires. Many plastics are intumescent materials, which means they grow in size in the event of fire, which create extreme fire hazards because of how they allow fires to spread.

Additionally, plastic pipes have been known to allow pesticides and other soil contaminants through into drinking water and studies have shown that certain types of pipes containing plastic can leach MTBE, a toxic petroleum by-product, into drinking water. In contrast, copper has been proven to support health and wellbeing as its naturally occurring anti-bacterial and anti-microbial properties discourage the growth of harmful organisms. Unlike synthetic plastic pipes, it is also 100% natural so doesn’t emit contaminants or synthetic compounds into drinking water.

Plastic pipes cannot be used as widely as 100% metal pipe – copper pipe is a much more versatile material and can be used across utilities including water, heating, gas and air conditioning, all while offering greater choice and longevity. Plastic pipes, on the other hand, are unsuitable for use in any outdoor applications as the plastic can be damaged by UV radiation, and they can’t be used in steam services, solar applications, next to a boiler, or in medical gas installations. With its ability to withstand extreme temperatures, pressures and exposure to UV and oxygen, copper can be used for a range of purposes and across a multitude of environments, without its integrity being altered.

Put simply, plastic doesn’t last as long as copper and the lifespan of plastic pipes isn’t as long as that of copper pipe. Copper can be used for products that need to keep their integrity for hundreds of thousands of years. For example, copper makes up part of Sweden’s nuclear waste handling technology where copper canisters encapsulate the radioactive waste for long-term storage. The canisters are required to keep their integrity for at least 100,000 years but are thought to last five times longer. With use in industrial products that need to keep their reliability for hundreds of thousands of years, as well as domestic uses, it’s clear that copper is a durable engineering solution for now and future generations. 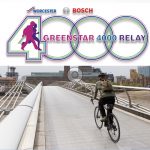 - Previous article « Prize winning relay gets installers on the move 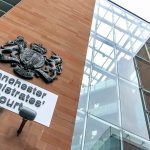