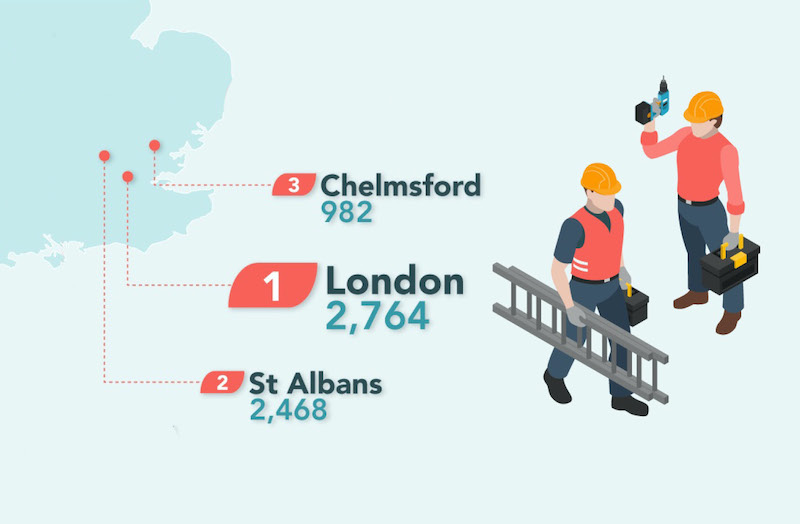 London, St Albans and Chelmsford have been ranked highest in a survey of cities with the most “trustworthy” tradespeople, including plumbers.

Using the government certified site Trustmark, Heatingforce.co.uk discerned the number of tradesmen in each city by inputting the ‘city’ and then the following professions ‘electrician’, ‘plumber’, ‘carpenter and joiner’, ‘plasterer and renderer’ and ‘builder’. The total sum of these jobs was used to see which city has the most “trustworthy tradesmen”.

The city coming out on top was London with a total of 2764 trustworthy tradespeople. London has the most tradespeople in all listed professions with 1016 electricians, 149 plumbers, 192 plasterers and renderers, 419 carpenters and renderers, as well as 988 builders featuring on the government certified list of tradesmen.

Likewise St Albans follows closely in second position with a total of 2468. This total includes 881 electricians, 125 plumbers, 173 plasterers and renderers, 388 carpenter and joiners, and 901 builders.

In third place is Chelmsford with a total of 982. Despite being the third most trustworthy for electricians (576), plumbers (93), plasterer and renderers (95), and carpenter and joiners (212). Chelmsford only has 6 trustworthy builders, the lowest across the board. Making it the city with the least number of builders in total. 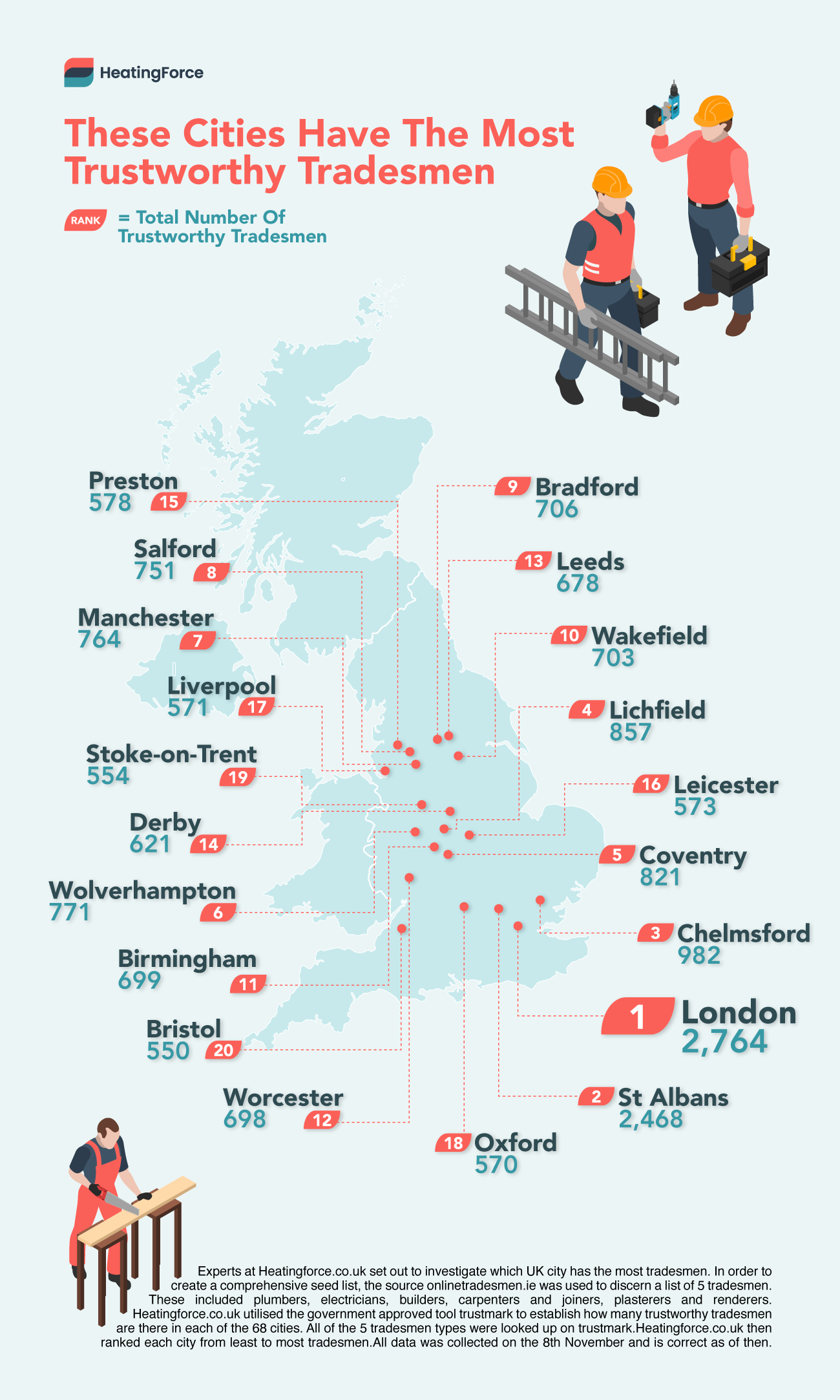 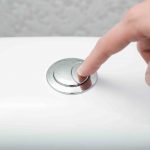 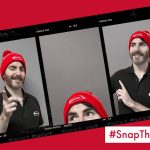