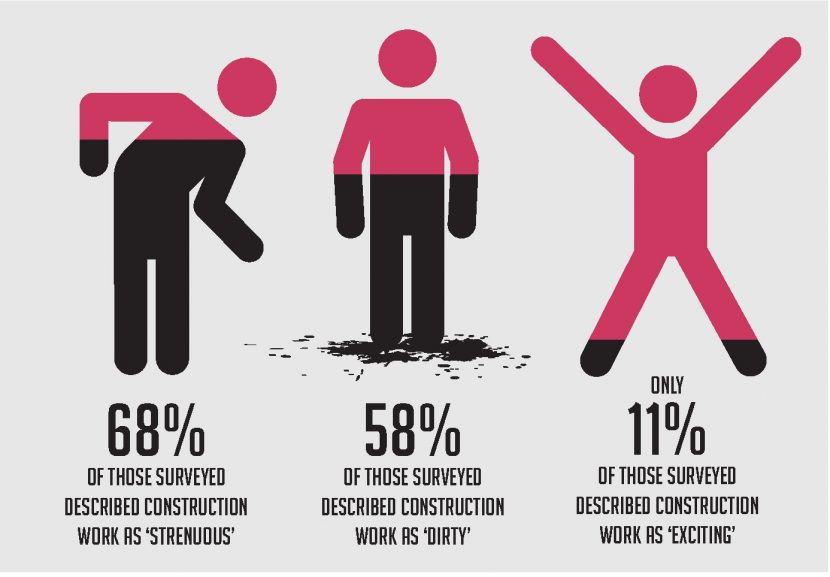 A YouGov poll of 2000 members of the public has revealed that the majority (67%) would never consider a career in the construction industry, with just 17% saying the would give it thought.

Construction also isn’t seen in a particularly academic light, with 41% of respondents stating that it is one of the sectors least likely to require higher/further education, along with the armed forces (40%) and charity work (39%).

So why do so many people avoid the industry? The words/phrases Brits associate with construction may shed some light on this – when questioned, 68% of the survey-takers described the work as ‘strenuous’, and 58% saw it as ‘dirty’. Meanwhile, only 11% think the industry is ‘exciting’.

The industry, which accounts for more than 6% of the UK’s GDP, has a number of other image problems to combat, as nearly a quarter (23%) of those polled view construction work as creating ‘mess, traffic and inconvenience’. The industry, however, is the driving force behind the biggest investment into British infrastructure since Victorian times.

The poll was commissioned by Construction United, a coalition of some of the industry’s leading companies and experts, which flies the flag for all of the great things about the sector, while dispelling the myths and outdated perceptions that the public may have about construction.

Construction United is calling for all those with a vested interest in the success and image of the industry to join the cause, ensuring that a true picture of the industry emerges. As well as championing the cause throughout the year, the campaign will culminate in a week of awareness-raising events from 17-23 October.

Mark Tomlin, UK Group Sales and Marketing Director at one of Construction United’s major contributors, SIG Distribution, says: “It’s a shame that a sector as broad and diverse as construction can often be viewed negatively. The results of this survey prove that there is a huge disconnect between the way that construction is viewed and the reality. A sector that provides so much to the UK economy, and whose role is to modernise the buildings that we live in and the transport links we use every day, should be seen as a vital, worthwhile sector that the country should be rightly proud of.

“The great thing about this industry is that it has a clear impact on everyone in the UK. While many may only see contractors in hi-vis wear, there’s an army of architects, designers and support staff that make it one of the most diverse working environments possible. We’re passionate about making construction the best it can be, and want others inside and outside the industry to recognise just how big a role in day-to-day life construction plays.”

For more information on Construction United, and to sign up, please visit www.constructionunited.co.uk 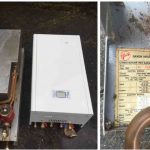