Green Heat, an energy efficiency firm, says it has reached a major milestone after having saved 1million tons of carbon dioxide.

A small family business, Green Heat was established 30 years ago managing director, Peter Thom, with the aim of raising awareness of the climate change impact and lobbying for robust regulations that will reduce carbon emissions and help more consumers live in warmer, energy efficient homes.

“While activists have helped to bring climate change back on the agenda, we have been working hard for the last three decades to bring about positive changes,” said Peter Thom. “And we have made a difference.”

In the last twelve months, Green Heat has worked on over £706 million worth of construction projects and seen the number of homes they have helped to become zero-carbon double. “We are definitely seeing a positive shift in people’s attitude to reducing carbon emissions,” said Peter. “Where cost was once the number one consideration, greater awareness and better understanding of energy efficiency and environmental concerns is leading more people to re-prioritise. This is hugely encouraging, but there is still a long way to go.”

With another general election around the corner, Peter Thom is urging politicians to stop using climate change as a political football to win votes and instead focus on listening to industry to help ensure the targets set are realistic and achievable.

“Our planet is too precious for climate change to be a political issue that is kicked around by the different parties competing for headline-grabbing soundbites. Sadly, we are hearing ill thought-through promises and pitches from politicians who won’t engage with the very people who can help to make real progress. Politicians need to demonstrate they are committed to reducing carbon emissions by making serious moves to work with those who have been working to these ends for decades.

“We have consistently called for government to work more closely with industry to establish an integrated energy efficiency policy. We have worked hard to make previous schemes work, but despite regularly raising our concerns with government so improvements could be made, misleading information and unpoliced regulations have continued to leave consumers and businesses frustrated, confused and let down.

“We know that gas is by far the cleanest fossil fuel and is connected to a very high percentage of homes and businesses in the UK, but our homes are still among the least energy efficient in Europe. Older housing stock and private rented properties account for a large number of fuel poor households. Significant carbon and cost reductions can be made by replacing older boilers and heating controls with high efficiency ‘A’ rated boilers and smart controls that achieve system efficiencies close to 100%. Householders need support to achieve carbon emission targets. Consistent policy that provides financial help to fuel-poor households and investment for training engineers will help persuade people to make these improvements.

“Another concern is the current production of electricity that is also producing high levels of carbon emissions. The UK is burning gas to generate electricity from gas-powered power stations that are only around 30% efficient. We need a sensible pathway towards achieving zero-carbon emissions and a cross-party approach to discussing solutions with industry and consumers is essential to making headway.

“There are important lessons to be learned from the failure of previous schemes,” added Peter. “Being on the front line with consumers, heating installers are in the best position to know what is needed and workable to protect, engage and educate homeowners on all home heating and energy efficiency measures, so engaging with them must be an absolute priority when considering the implementation of any new initiatives.

“I have worked in the industry for over 50 years and have seen numerous schemes come and go, with increasing red tape and bureaucracy frustrating their progress and complicated, changing qualification criteria leaving consumers confused and reluctant to engage. It saddens me to see barriers put in the way of progress.

“It’s essential that future initiatives can be trusted by consumers, take into consideration the needs of small businesses and are robust and flexible enough to work with new technologies and future changes to energy supply. The costs of the failure of previous energy efficiency schemes have been more than financial, with many smaller companies forced out of business as a result of their breakdown.”

Peter continues to champion energy efficiency and the reduction of carbon emissions to slow climate change in a bid to safeguard our planet. He and Green Heat have had important successes throughout their campaigning, including the introduction of Energy Ratings in the 1990s and the establishment of high efficiency condensing boilers as a standard requirement in Building Regulations. His trusted and widely respected expertise has been called upon to inform many advisory panels and he has won numerous awards in recognition of his dedicated work in energy efficiency. He also remains committed to ensuring that the valuable experience, advice and knowledge of heating engineers and installers is properly heard and considered in planning future initiatives. 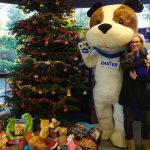