Footballer eyes career as a plumber

Aberdeen defender Shay Logan has revealed that he’s been quietly training for the past 18 months to be a plumber for life after football. At 31 years old, the ex-Man City and Premier League star realised that income from his pro-career wouldn’t see him out, so he decided to consider his alternatives.

“We earn good money, but at this level are we really going to earn money that’s going to last us for a long time, for life? No. I always said to myself when I get to a certain age I want to start doing something else.”

Logan says he loves football, but going into coaching after he hangs up his boots doesn’t interest him, so he turned his mind to the trades.

“I was either going to go into gas or electrician or plumbing. Plumbing and gas come together, it’s the same course, so I spoke to a few people and got in touch with a guy who owns a company in Aberdeen.”

Thanks to a local college, Logan is learning the theory side of the trade by studying at home in his free time.

“I go in to do my tests and I speak to my tutor when I need to. I’ve got a friend who’s a plumber so I do all my practical with him. I’m out virtually everyday after training. When I finish here at one o’clock, I’ll go there till five o’clock. My day off is on a Wednesday, so I’ll do a full day.”

Logan describes plumbing as ‘a million miles away from football’, but says he appreciates the differences it offers from his current day job.

“I love it because no matter what happens on a Saturday – won, lost, draw – I go into the unknown. When we go to training we know exactly what we are doing. The stuff is virtually the same ­–you’re doing possession and going into games.

“But when you come into plumbing it’s totally different. It’s something I’ve never come across. I like that it’s new to me.

“I’m actually an apprentice! I’ve got a friend who absolutely abuses me.

“In the real world it’s not like that, but when I’m in his realm it’s like, ‘You need to go and get this, go pick up this from the van’.

“I had my hands in my pants all week and he was like, ‘Get your hands out your pants’. 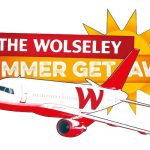