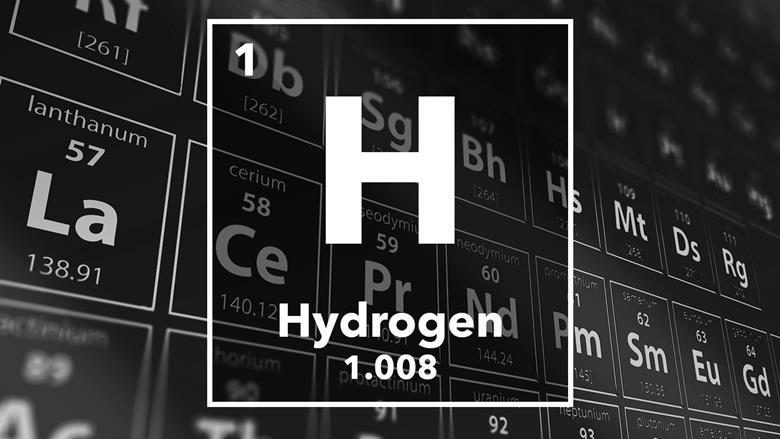 Holding out hope for hydrogen

Following the announcement that the Government intends to follow through on plans to ban gas boilers in new-build homes by 2025, Martyn Bridges, Director of Technical Communication and Product Management at Worcester Bosch, proposes an alternative solution.

In his Spring Statement, the Chancellor Philip Hammond outlined the Government’s plan to ban all gas-fired boilers from new-build homes by 2025. This was following advice given by the Committee on Climate Change. Now although I agree that climate change needs to be tackled, this one-size fits all solution may cause more unforeseen issues than are evident today.

If the Government’s plans go ahead and all new builds are off-gas, then electricity for solutions such as heat pumps still needs to come from somewhere. Unless the electricity comes from a zero-carbon source, it defeats the object. If the whole of the country came off gas, we would need the power of around 30 nuclear power stations in this country, and currently we have eight.

There is no one-size fits all solution, and the Department for Business, Energy and Industrial Strategy (BEIS) now understands that. However, there is an alternative zero-carbon answer on the horizon that could get close.

Hello hydrogen
It’s been over 40 years since the UK converted from town gas to natural gas. Some 23 million homes are connected to the grid and changing to another gas may mean a change in pipework. This may sound daunting, but much of the job is already underway. For some years we’ve been converting the original steel pipework of the underground mains into plastic or polythene, which can already carry hydrogen.

Converting to hydrogen would also be beneficial to the installer in terms of future boilers. Through ours and other manufacturers initial investigations it seems that a hydrogen firing boiler will look and run near enough the same as the current ones on the market. They would physically be around the same size as a natural gas boiler and it would be possible for combi, system and regular versions.

It looks like copper piping and soldered joints will work for hydrogen, however it’s unlikely that any mild steel gas supply pipes will be suitable. Luckily, most homes already have copper pipe running through and the few with mild steel will need to be replaced.

For the consumer, it would mean less disruption to their lives. With hydrogen it can be a simple switch, instead of forcing them to make drastic changes to their homes to accommodate a heat pump or other alternative.

Fuel of the future
This may seem like looking far, far ahead but steps are already being taken to see if hydrogen can be the fuel of the future. The first trial site will be going live in August or September this year. The campus at Keele University will be injecting around 20% hydrogen into their gas grid.

If this is successful then the next stage will be to a larger public trial with several hundreds of houses trialling a higher blend of hydrogen, maybe even 100%. A lot of gentle steps are moving us towards the ultimate aim of decarbonising heat and water.

At Worcester Bosch we are also investigating hydrogen-ready boilers, much like HD-ready TVs back in the day. By starting this now it means that once a decision on hydrogen is finally made in years to come, it doesn’t mean that suddenly whole cities have to replace their boilers at once. Our early investigations have found that it is likely that hydrogen boilers can run on natural gas until the day hydrogen becomes available, and a much smaller conversion of the appliance can then be undertaken.

Questions remain
While we understand the need to reduce our carbon footprint, the recent announcement for new-builds in 2025 begs a number of questions. We will continue to investigate and trial hydrogen gas for the foreseeable future. Even if all new-build homes from 2025 onwards don’t have gas boilers, there are still a large number of homes on the gas grid that are suitable for hydrogen as a fuel.

Of course, the overall goal is to find a suitable and realistic way to decarbonise heating and hot water in this country, and we will continue to do our part to support this, even when others are pushing back. 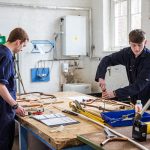 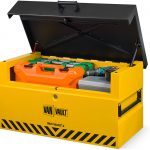 Next article - Secure storage to protect the tools »