HOW TO TACKLE WATER PRESSURE PROBLEMS AND REPLACE A FLOW VALVE

Triton Showers has produced a series of videos tackling some of the key questions received by its customer service team. Here, Paul Rowley, approvals and training manager at Triton, explains how to handle issues with water pressure and replace a faulty flow valve.

Q. How can I avoid low water pressure affecting a shower installation?

Common causes of inadequate water pressure include low mains water pressure and showers piped onto gravity systems or connected to combination boilers. Where lack of pressure is an issue, an orange mechanical indicator light may illuminate to highlight this.

Step one: When the shower is switched on, the indicator should change and the orange light should go off. If this doesn’t happen, there may be a fault with the mains water supply.

Step two: Remove the shower head and block the water flow from the hose with a thumb or finger on cold power setting. If this gradually gets the indicator to lift then it’s the low pressure that’s the issue, and the mains supply is most likely operating correctly.

Step three: If the mechanical indicator is lifting then there is still a bit pressure there. However, it may not be enough to provide maximum flow to the shower. This could be due to having poor water pressure, or signpost that an inlying valve is only partially open. It may also suggest that you need to make sure the stop tap at the point of water coming into the property is fully open too, so there are no blockages or restrictions at all.

If this appears to be the issue, having ensured all valves are fully open the indicator should lift easily and overcome the safety interlocks. Heat should then be provided by the shower’s internal element and the shower can be used accordingly.

Step four: If the mechanical indicator doesn’t rise, then this would suggest the shower has been fitted on a gravity system or it could be joined to a combination heat system. If the shower head is producing nothing but hot water, even on the cold setting, this clearly indicates this is the case. The easiest way to check is to feel the incoming connection pipe. If that’s hot, then you’re supplying the shower with hot water, which needs further investigation.

Q. How do I replace a flow valve on a mixer shower?

If you have a mixer valve that won’t shut off and is causing a drip or a little run of water from the shower head, then the following steps will help. Each of these stages is based on a Dene Cool Touch, so the flow valve in question is on the right-hand side. However, on the majority of mixer showers you will find the on/off flow valve positioned on the left-hand side.

To carry out this task, you will need a Posidriv two screwdriver, an adjustable spanner and a craft knife.

Step one: Turn the water supply off to the mixer valve. Then use the craft knife to remove the cap off the end of the flow handle – there is a slot designed to assist with this.

Step two: Use the screwdriver to remove the handle to access the flow valve. Certain models may have a screw on the underside of the bar that will need releasing first. Unscrew the valve using the spanner, being aware that it has a quarter turn ceramic disc. This means it’s off when there are no gaps and it fully opens if you continue another quarter turn.

Step three: Insert the new flow valve by winding it in and then using the spanner to secure it. Make sure the valve is in the off position and then place the handle back on, screwing this back in place.

Step four: Turn on the water supply and test it’s working with no leaks or flow issues. To double check this, remove the hose from the mixer and place a thumb or finger over the mixer seal for a few seconds. If no water has collected and no pressure has mounted to push your thumb away then the shower is functional and you can re-attach the hose. If this isn’t the case then this requires more attention.

If you’re experiencing either of these problems and want to view the step-by-step video visit Triton’s YouTube channel. 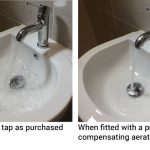 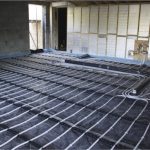 Next article - How to install Grant’s Uflex »