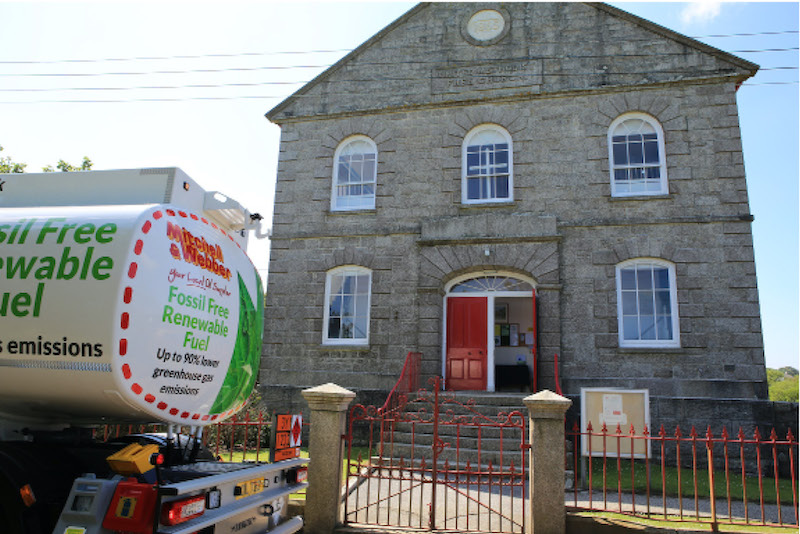 Consumer research suggests that there is a mismatch between the cost of low carbon heating solutions and homeowner priorities, but renewable liquid fuels could offer an affordable way to meet carbon reduction targets. Paul Rose from OFTEC argues that the success of recent HVO trials proves that it represents a viable solution for off-grid homes.

The need to reduce emissions from home heating is non-negotiable, but how this is achieved for the many different types of properties across the UK is still to be decided.

For any homes situated off the gas grid, government plans currently support only a narrow range of low carbon heating solutions which can be costly and disruptive to install, especially in older, larger or poorly insulated properties.

Yet a new survey of almost 1500 oil heated households clearly highlights that when it comes to decarbonising home heating, consumers are looking for choice, simplicity and value for money.

Some 93% of survey respondents emphasised the importance of having choice, with over two thirds saying they would opt for the solution that offers best value for money. Only 7% said they would select the best solution, regardless of cost, while more than half would go for the system that is least disruptive to install.

There is an obvious mismatch here between the solutions consumers can currently access and what they need to encourage action. Unless this gap is bridged – or at least narrowed – many homeowners will be unwilling or unable to make the changes necessary to their homes to meet the UK’s 2050 net zero target.

To help address these barriers to change, OFTEC and the UK and Ireland Fuel Distributors Association (UKIFDA) are trialling a fossil free, renewable alternative to heating oil called HVO (Hydrotreated Vegetable Oil) in homes and businesses across the country.

The trial results so far confirm that HVO, which is made from sustainably certified waste materials and can reduce carbon emissions by almost 90%, works in all existing oil heating systems following a simple conversion process that typically costs around £500.

Renewable liquid fuels such as HVO offer oil heating households a simpler, more affordable way to decarbonise their homes. They also enable government to make immediate, deep cuts in emissions and will secure a future for the liquid fuel industry – a win, win, win situation.

As part of the trials, HVO is already successfully running in over 20 properties up and down the country, with plans to significantly expand the project over the coming months, including bringing a whole village in the South West on board.

Family home
One of the trial success stories is the first home in Scotland to run on HVO. The heating system in Jodie Allan’s Stirlingshire home has undergone a simple conversion to switch from heating oil to HVO.

Jodie, who is MD of fuel distributors James D Bilsland, says: “We switched to HVO in March and everything has gone smoothly, with no difference to the heating. The HVO is stored in our existing 1200 litre tank and it is estimated we will use around 20 litres a day in the colder months.

“Hopefully the results can convince others that switching from fossil fuels to HVO is the way forward.”

Church goer
Another more unusual building taking part in the trials is the first church in the country to be heated by HVO, supplied by South West fuel distributor Mitchell & Webber.

Dating back to 1865, Stithians Methodist Church (pictured above) would be unsuitable for alternative low carbon heating solutions without extensive and expensive insulation measures that would ruin the structure and character of the Victorian building.

The Church Committee has welcomed the simple, inexpensive switch to HVO and hopes other places of worship will follow their lead.

Raising the bar
In the East of England, a further HVO first is underway at a 300 year old pub. The Five Horseshoes Inn in the South Lincolnshire village of Barholm is set in a conservation area and like many other older, rural properties is energy inefficient.

As a result of the building’s uninsulated solid walls, solid and suspended timber floors and single glazing in most doors and windows, the pub is expensive to heat and remains cold in the winter.

The transition to HVO has been supported by EOGB Energy Products, which has replaced the old 1970s oil fired boiler with an HVO modulating boiler and smart controls, while Crown Oil Ltd has provided a new bunded steel oil storage tank.

Landlady Emma Freeman is delighted to be part of the pioneering trials: “For us, the conversion ticks two boxes. From an energy point of view the place will be much warmer thanks to a better heating system and improved insulation, and environmentally, we know we are doing our bit to make a difference.”

Future ready
OFTEC and UKIFDA have launched a new campaign called Future Ready Fuel to encourage consumers to get behind the drive to secure government support for an HVO solution.

OFTEC registered oil heating technicians and UKIFDA fuel distributors are actively promoting the campaign to their customers and it is hoped that, alongside the trade associations’ ongoing work with rural MPs, BEIS ministers and the Treasury, HVO will soon be accepted as part of government’s off-grid carbon reduction policy.

For more details about the Future Ready campaign, use the link  below. 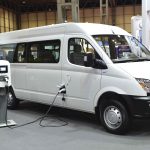 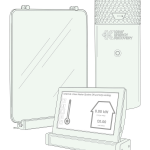 Next article - Full heating solution saves on energy use »