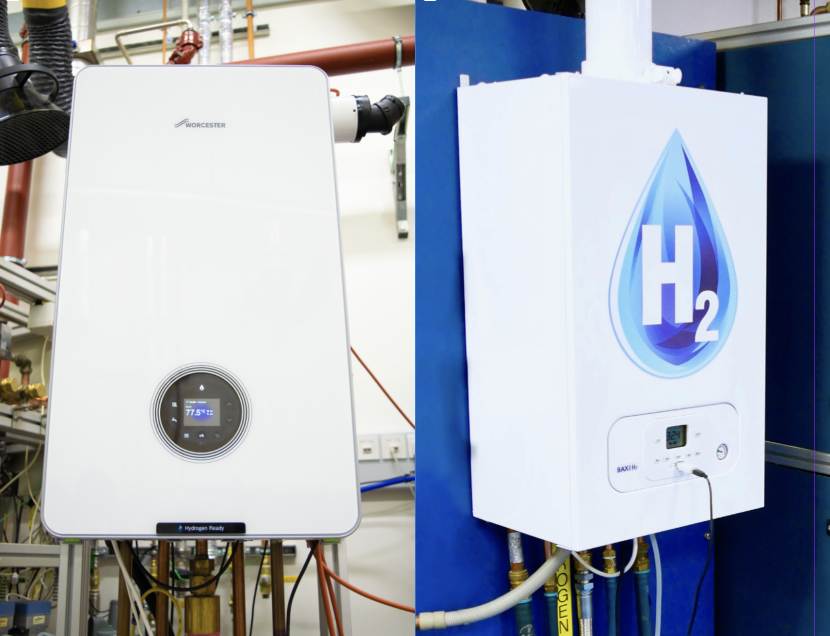 Responding to increasing pressure on the heating industry to deliver low carbon heating solutions, two of the country’s leading gas boiler manufacturers have recently revealed the latest advances in hydrogen boiler technology. Baxi and Worcester Bosch have both now developed a prototype boiler that can run on 100% hydrogen gas, with field trials set to take place later this year.

With 85% of UK homes connected to the gas grid, it has been argued that replacing natural gas boilers with hydrogen gas may be the simplest solution to the nation’s heating problems. The main by-product of burning hydrogen gas is water, which means that it is a carbon-free fuel source and could be a key method to help decarbonise heating and hot water in UK homes.

Both the Baxi and Worcester prototypes fit into the same footprint as a current natural gas boiler and, with just a few different components, will require similar installation and commissioning to a conventional boiler will therefor minimise any potential disruption to customers. Both companies have advocated the development of hydrogen-ready boilers which will be a direct replacement to natural gas, burning natural gas when first installed up until the switch to hydrogen takes place at some point in the future, allowing those who have a ‘hydrogen-ready’ boiler to simply convert to hydrogen without the need for an entirely new heating system.

Martyn Bridges, director of technical communication and product management at Worcester Bosch comments: “The development of hydrogen-fired boilers will mean millions of existing heating systems in our homes can be saved, rather than the entire system needing to be replaced. We have developed a technical solution that will feel familiar to both homeowners and installers and, with the gas network also in place, homeowners won’t experience any major infrastructure disruption. With fully developed prototypes, various trials planned and many heating engineers and manufacturers in agreement that this could be a viable solution to decarbonise heating and hot water, we are hopeful that the future will be hydrogen.”

The Baxi hydrogen boiler (right of picture above) has been developed with parent company BDR Thermea. It is based on the Baxi 800 model and is currently on test at the company’s Preston production facility. It features the same heat exchanger and just a few different components to cope with the more volatile hydrogen gas which burn about three times more quickly than natural gas.

“There isn’t a one size fits all low carbon heating solution, but hydrogen could represent the best solution for many homes in the UK,” says Jeff House, head of external affairs at Baxi Heating. “The UK has the highest penetration of natural gas in the world , with a good safety record and proven ability to respond quickly to high demand. So a hydrogen ready boiler, that is initially able to work on natural gas and can be adapted with just two or three components, makes a lot of sense.” 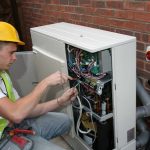 - Previous article « How will the gas boiler ban affect access to talent in HVACR? 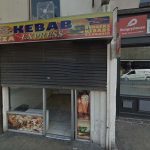