As the founder of Barnet-based HITGAS, master plumber Chris Teale has been plying his trade for more than two decades and has used all manner of power tools over the years. Bosch Professional asked him to test out its latest cordless hammer drill and render a verdict.

The Bosch brand is one I am well familiar with, from installing its boilers to using (and now testing!) its tools. To my mind, Bosch professional power tools lie in the mid to high end range of the market. Over the years, I have had occasion to use a wide selection of power tools – from your cheap and cheerful to top-of-the-range – and I’ve learned from experience that you really do get what you pay for. When I was asked to test Bosch’s new Rotary Hammer – GBH 18V 26F, I had high hopes based on past experience, and I was not disappointed by this powerful, robust and user-friendly cordless drill.

What’s in the box
The tool arrived well packaged in Sortimo’s sturdy L-BOXX, which can be combined with other like models to create a stackable tool storage system. Inside, the drill is securely contained in a foam interior with hollowed out recesses where everything fits snugly in place so nothing moves about or is at risk of taking a knock or being damaged during transport. In addition to the hammer drill itself, the box also included two 5.0Ah Lithium-ion batteries, an auxiliary handle, depth stop, a charger and a quick-change chuck. There is also a version of this drill with the fixed SDS chuck (GBH18V-26), but the changeable chuck is one of my favourite features on the tool, so I wouldn’t recommend getting the one without.

My initial impression of the drill itself was quite positive, feeling reassuringly heavy in the hand, giving the sense of a hardy, professional product without being too weighty to make using it burden. I’ve now been using the drill on a wide range of projects for more than two months, and my original impression has been justified. Bosch makes the claim that its cordless hammer drill is as powerful as a corded one, and it is hard to argue with that boast. It generates a maximum impact energy of 2.6 joules, which is about 50% more powerful than some corded versions. When I put it to the test in hard materials such as brick masonry, it punched right through with very little effort on my part.

I used the drill for projects such as hanging radiators, installing boiler flue supports on long flue runs, installing a bathroom suite, and once at home to hang a picture for the wife! I have used the drill on everything from plasterboard to masonry walls and wood, all with the same pleasing results. Most recently, I had to replace a gas meter box mounting on an external brick wall, and a cordless tool was ideal for this application, as I was working outside.

Battery benefits
The best thing about Bosch’s hammer drill is the super quick charge time. I haven’t had any cordless tool that charges in the time that this one does. Bosch says that it can recharge up to 80% capacity within 35 minutes, and on the whole I found this to be true. For me they were fully charged in around 45 to 50 minutes. Because the GBH 18V 26F comes with two batteries, you can wear one down while the other one is charging up, letting you do a quick swap when needed and crack on with the job.

The batteries wore down quicker with heavier use, especially when used on masonry surfaces, which is to be expected. During the bathroom install, the drill was used on and off all day long on one single charge. On another job where we installed eight radiators and had to drill new mounting holes for each, we got through five charges, as every wall was brick. Maybe a corded drill would have been more suitable, but the portability of the cordless made it worth the battery swaps.

The batteries included with the kit also benefit from CoolPack technology, which makes sure that the heat generated by the tool is dissipated away from the core. Bosch says this will lengthen the life time of the battery by up to 100%, which, considering the cost of replacements, is a welcome perk.

Other features on the GBH 18V 26F that I really liked include the integrated LED light that illuminates the work area, as I more often than not find myself working in poorly lit circumstances. I also liked the KickBack Control – if the drill gets jammed, a sensor will shut off the motor in less than a second.

Final analysis
I’ve got to say that the excellent battery recharge time and quick change chuck, which is very well designed, are reasons enough to invest in this drill. But with the other safety and convenience features, added to the fact that this cordless drill is as powerful as a corded one, you will be hard pressed to find a better all-rounder. 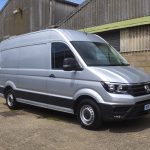 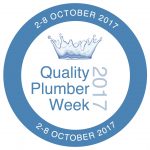