In a crusade against baffling insurance terminology, Mark Herbert at ConstructionInsure.co.uk has launched a jargon buster in a bid to help plumbers understand complex insurance issues in simple language.

Words such as ‘addendum’, ‘indemnity’ and ‘assurance’ are just a few of the words that, for many, go in one ear and out the other. This leaves plumbers shopping around for insurance confused and ultimately ill-informed about the best policy for them.

I constantly encounter people who feel confused by insurance due to the amount of jargon used. There is very little by way of an explanation for insurance terms out there, so that’s why we’ve compiled this jargon buster. When people begin to understand these frequently used terms, and realise it is not as complex as it sounds, insurance becomes a much simpler matter and they can approach their insurance searches with confidence.”

Here’s the insurance jargon busting list as compiled by ConstructionInsure.co.uk:

Assurance
Insurance cover against an eventuality, for example – the death of a person being covered under a life insurance policy.

Warranty
A written guarantee or a commitment issued to the purchaser to repair or replace the article purchased if necessary, within a specified period.

Premium
The cost of the policy which includes taxes and broker/insurer fees.

Rate
The risk calculation used to arrive at the premium, minus broker and insurer fees.

Cover
The amount of risk or liability that is covered for an individual or object by insurance services.

Claim
A formal request to an insurance company for coverage or compensation for a covered loss. Claims are made in the event of loss or damage.

Loss
The injury or damage sustained by the insured.

Policy
A document that has been put together with an insured to best protect their risk.

Endorsements
Sections of a policy which state exclusions and recommendations.

Broker
A middle man acting between a client and an insurer. They have a legal duty to help you obtain appropriate coverage at a reasonable price.

Quotation
A document presented to a client before the parties agree to go ahead. It details an estimate of a rate with a potential insurance carrier.

Contingent insurance
A policy that is contingent on the absence of other insurance.

All risk cover
Insures all losses arising from an unexpected or fortuitous cause, except those that are specifically excluded.

Indemnity
Security or protection against a loss or other financial burden.

Excess
Is the first amount payable by a policy holder in the event of a loss.

Liability
A person or company’s legal responsibility for an act of negligence, or a circumstance in connection to their business, causing loss or damage to a third party.

Negligence
A failure to act in a way that a reasonable person would when faced with certain situations or circumstances. For example, if water is coming into your home due to a burst pipe, your insurance policy will require you act to prevent further damage. If you do not, you may be considered negligent.

No claims bonus
A discount given for being claim free.

Non-disclosure
Holding back information that would bear an effect on a policy.

Reinstatement
The rebuild value of a property.

Renewal
Re-application of insurance after the existing policy has expired.

Statement of fact
A document which contains all information given by a policyholder.

Third party
Insurance purchased by an insured (the first party) from an insurer (the second party) for protection against the claims of another (the third party).

Underlying insurance
The basic or primary layer of coverage, the initial policy that will respond to the covered loss. 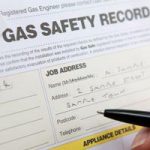 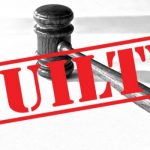