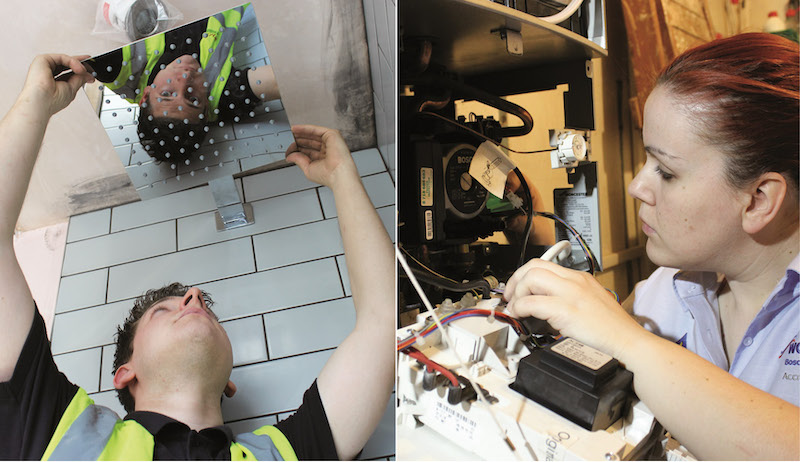 Making the case for apprentices

New research from JTL shows that the majority of small heating and plumbing businesses are not employing apprentices, often due to lack of information and support. But there are plenty of resources available to make hiring and working with an apprentice an attractive option.

A lack of clarity on the benefits and an over-complicated application process have been identified as the key barriers to increasing the number of apprentices taken on by small firms operating in the building and trades industry, new research has revealed. More than 95% of the people questioned in the eSurvey worked as a sole trader or in small companies employing ten or fewer people.

Commissioned by training specialist JTL, the largest provider of apprenticeships in the building services engineering sector, the survey found that 92% of sole traders have never employed an apprentice. In addition, 47% of all respondents said they had hired an apprentice in the past, but only 23% currently employed one.

JTL Chief Executive Jon Graham says that the evidence from the survey confirms much of what his organisation already knew, but opens the way to focus on continually improving information about apprenticeships and allay any fears small employers may have about getting involved.

“We understand that hiring an apprentice can be a challenge for the one-man-band and smaller firms,” says Jon, “because you could be doubling the size of your workforce overnight. We need to make sure that they understand there are organisations like JTL who are there to support them throughout, from recruitment to the apprentice achieving qualifications.”

The survey showed that small businesses wanted to be well informed before recruiting an apprentice. 61% wanted the costs and funding clearly explained. 52% wanted to know what support is available to them if they decided to recruit. 33% showed concern around the time commitment involved and needed a clearer understanding of how much time is spent in training off-the-job. 28% needed to know how long an apprenticeship takes.

Only 21% of employers indicated that they would not need any additional support if they were going to recruit a new apprentice. 33% suggested that face-to-face meetings with a dedicated assessor would be helpful, while 32% thought a support line offering help with apprenticeship-related queries would make sense. 31% wanted an online platform to help monitor their apprentice’s progress, and 27% wanted help with apprentice selection. 16% said they would value help with interviewing candidates.

As a result of this research, Jon says JTL has a clearer view of what information they need to prepare and share with potential employers. “There are a number of perceptions out there that are simply wrong or based on a lack of understanding of important facts in relation to recruiting apprentices and the apprenticeship scheme as a whole. We have to address these – in particular with regard to the funding issues.”

The complexity of funding was identified in the survey as an issue for employers, with 15% of respondents citing this as a potential barrier, and 61% wanting the costs and funding clearly explained as a condition to taking on an apprentice.

This area of concern has been somewhat intensified in light of the weaknesses of the Apprenticeship Levy, which has led to falling apprenticeship numbers over the past year.

Jon says: “The recent changes to funding for apprenticeships has inevitably had more effect on smaller companies than for a major business with dedicated departments to look after these matters. We are convinced that small companies will resist the opportunity to employ apprentices if it is perceived as just another costly issue to worry about.”

Under the current levy framework, firms with under 50 employees won’t pay any costs towards training if they employ apprentices under the age of 19. They will also receive a £1000 payment to meet any extra expenses.

“There is no cost to the employer when it comes to training,” explains Jon. “The only costs are the hourly rates of the apprentice, which is something like £3.70 per hour. That rate will change as the learner progresses because you pay more as they get more experience, but these are modest employment costs.”

The survey also explored the reasons behind an employer’s decision to take on an apprentice. Top of the list were business reasons and the wish to encourage more young people into their trade. Commenting on the economic advantages, Jon says:

“A lot of research has been done by a number of government bodies that show when people undertake vocational qualifications within companies – whatever the size – they will add economic value. Maybe not in the early stages of training, but as that learner picks up skills and competencies, they become of greater benefit to the business. They will be able to do work for that particular plumber or heating engineer and add value by doing productive work.”

Survey results reflect Jon’s comment. When asked if they were likely to employ another apprentice, businesses that already had an apprentice said they were far more likely to hire again next year.

Another business reason for taking on an apprentice is that, in some cases, it may be a requirement to get on tender lists, for example with local authorities and housing associations. “It enables you to get work where others would not,” comments Jon. “It’s about that business showing a commitment to  training, which a lot of people value and recognise as a very good thing to do.”

Survey results also indicated that the majority of small employers do not understand what is involved in employing an apprentice. That’s where the services of work-based training organisations come in.

“At JTL, we help the employer every step of the way, beginning with advising them well in advance of the apprentice’s first day of work,” explains Jon. “We make it clear up front what the employer’s part of the bargain is. In most cases, the learner will be going to college about once a week. The rest of their time will be working for the employer. A JTL assessor will visit the apprentice on site every eight or 10 weeks to check that the apprentice is getting the experience and competency required for them to progress. If the employer is unable to include some of this in their day-to-day work, the assessor can arrange workshops or programmes at college to cover it.”

JTL also provides handbooks and other guidance that explains what the employer needs to do. At no point is the employer left adrift, because there will always be a training officer at the end of the phone to help.

“Those of us working in the training sector need to do better in communicating the value of apprenticeships and the vital role they have to play, particularly at this uncertain time,” concludes Jon. “They provide high quality, motivated young people into the sector to take the place of those leaving the workplace, especially those we have previously relied upon from Europe, who are leaving us with sizeable skills gaps to fill.” 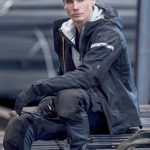 - Previous article « The Perfect Jacket and Trouser Combination For Winter 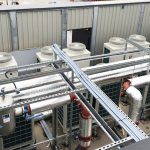