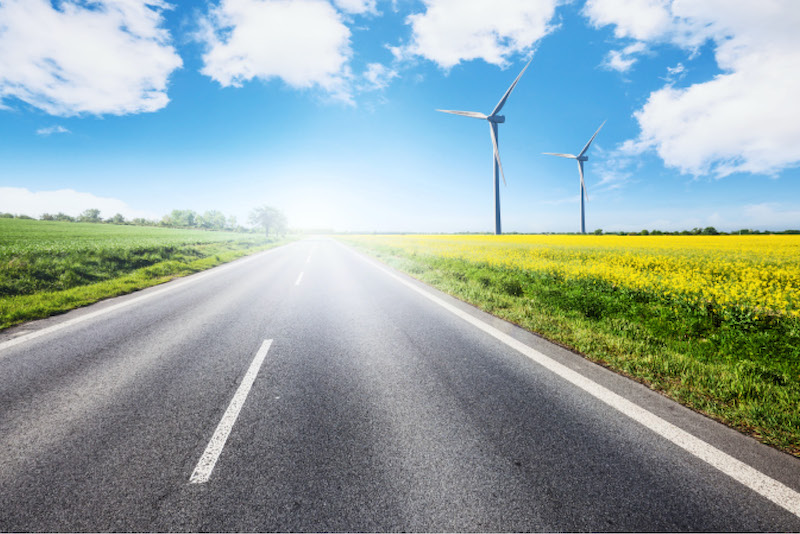 More than one road to net zero

It is widely recognised that the UK needs to decarbonise domestic heating if it is to stand any chance of achieving its net zero target by 2050. A transition to hydrogen boilers has been championed as a potential solution by many in the industry, but Russell Dean from Mitsubishi Electric argues that there are other, more viable low carbon options already available.

There is an ongoing conversation about how to heat the UK’s housing stock in a more sustainable way, with a focus on both heat pumps and hydrogen as possible solutions. Hydrogen has been labelled by some as a ‘silver bullet’ solution to meeting the UK’s goals for low carbon heating, and the government has even launched a plan for a world-leading ‘hydrogen economy’, which can help the UK achieve its net zero target by 2050, and its Sixth Carbon Budget target by 2035. The Energy Networks Association is also calling for hydrogen to be blended into the UK gas grid from as early as next year, to help support the transition to a low-carbon economy.

Domestic heating in the UK accounts for around 13% of all greenhouse gas emissions, so it’s true that the way we heat our homes needs to change in order to reach net zero. However, rather than focusing on hydrogen as the sole solution, we must consider a range of renewable alternatives – including heat pumps. Taking an approach that considers multiple solutions will allow us to deploy the right heating method for each sector, and decarbonise heating more effectively by 2050.Climate crisis

With the stark realities outlined in the recent IPCC report, including the likelihood of exceeding 2°C of warming unless there are deep reductions in CO2, it’s clear that we need to urgently respond to the climate crisis and decarbonise the UK economy. However, deploying hydrogen as a solution on its own will only delay the switch to low carbon heating further.

This is because hydrogen is very energy intensive to create, and in some instances produces up to 20% more emissions than burning natural gas. There are also different ways of powering its production, with each method being inefficient and carbon intensive. The most common is grey hydrogen, which is created using natural gas without capturing the greenhouse gases made in the process. Blue hydrogen is also produced using natural gas, but the carbon dioxide produced as a by-product means carbon capture and storage is essential to consider this a ‘green’ form of energy production.

Green hydrogen is the cleanest iteration, where hydrogen is produced without any greenhouse gases using clean electricity from renewable energy sources like solar and wind. However, this requires battery storage technology to provide a constant supply, which can be expensive.

The government’s plan to use hydrogen to heat homes will likely be driven by blue hydrogen, which still uses fossil fuels in the creation process. Unless there is 100% carbon capture at the source of production, this solution won’t allow us to reach net zero.

This means that in order to see a reduction in carbon use by 2030, we need to consider alternative solutions that can be deployed at scale now – before it’s too late.

Luckily, there are other renewable heating solutions more suitable for home heating that are already available. For example, air source heat pumps (ASHP) are being recommended, with the Committee on Climate Change encouraging the installation of one million a year by 2030 to help the UK meet its carbon reduction commitments.

However, in order to reach this milestone, concerted government effort and significant financial support is needed. For example, through the rapid training of installers to ensure they are able to offer gas and oil alternatives, alongside offering financial benefits like the Renewable Heat Incentive (RHI) and Boiler Upgrade Scheme (BUS).

There is also the question of decarbonising homes that are not connected to the gas grid. Roughly 1.5 million homes in the UK do not have access to the mains gas grid and subsequently use older methods for home heating, like LPG oil. Ensuring these homes are retrofitted with renewable heating solutions that don’t require connection to the grid, like heat pumps, will deliver significant carbon savings in the months and years ahead.

This doesn’t mean that there is no place for hydrogen in a more renewable world. Rather than residential heating, the opportunities for hydrogen lie in the heavier industries like shipping and heavy vehicles. Indeed, a recent forecast by the International Renewable Energy Agency (IRENA) has recommended prioritising sectors that are hard to electrify, like steelmaking and aviation-while classifying home heating as the last priority.

While hydrogen has been recommended for several of the more heavily polluting industries, it isn’t currently viable as a scalable solution for decarbonising the UK housing sector, and questions about the hidden carbon released during production remain unanswered. This means that we need to consider alternatives – like heat pumps – in order to decarbonise home heating before it’s too late.

As such, it’s clear that no one solution is the answer to decarbonising UK heating. Rather, a number of different solutions for different industries, working in tandem with one another, will be the best way to reach net zero. 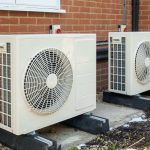 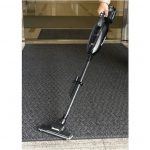 Next article - Leave a neat finish »