A 74-year-old man has been sentenced at the North Staffordshire Justice Centre after installing a boiler and falsely claiming to be Gas Safe registered.

Jeffrey Lewis, a pensioner of Ashbourne Road in Cheadle, had been banned from carrying out gas work in 2015. The HSE issued the prohibition notice after investigations revealed a history of dodgy work.

Lewis voilated the ban when a landlord asked him to carry out boiler work in 2018 at a property in Mier where a woman with two children lived. He did so under false pretences, using a fake Gas Safe certificate.

The boiler caused problems for the tenant, and a bona fide gas installer came in to find the boiler dangerous, describing Lewis’s work ‘appalling’.

Craig Morris, who prosecuted and case for the HSE, said: “Lewis carried out the work in breach of the Prohibition Notice. He issued a UK gas safety certificate. It was a fraudulent document because he was not authorized to issue such a document. He put an incorrect gas safety registration number on the document. Then there were problems with the boiler and he had to return the next day because hot water came out of a pipe. There were other problems later in the year.”

Commenting on the report of the legitimate installer who reported Lewis’s work, Morris said:

“He described the work as appalling and like spaghetti junction. Two different pipes were used and one was not suitable for this type of boiler. He considered the boiler to be in a dangerous condition when he found it. The defendant broke the original notice, carried out the work when he was not registered with Gas Safe, and was falsely registered as Gas Safe by presenting a forged certificate.”

The Judge in the case said to Lewis: “You deserve to go straight to jail for what you did. However, under the circumstances, I have decided that it is appropriate to stay the sentence. All of this happened almost three years ago, there were no problems since. You are a very sick man. The reality is, you will never work with gas again.” 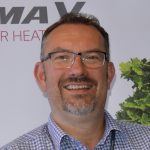 - Previous article « Is the Green Revolution really on its way? 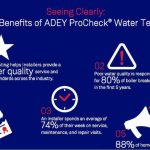