Plumber who hits all the right notes

The music business is a tough one, but Sheffield plumber Paul Ballington is making a good stab at establishing himself as a unique comedy voice in his corner of England. Carol Hitchcock caught up with him to find out what it’s like to write the songs that make people laugh.

It’s probably fair to say that most of us aren’t working in what might be described as the perfect job. We may like what we do well enough, but for some there is a calling to release the inner novelist, or artist, or pastry chef. For Paul ‘Ballo’ Ballington, a plumber based in Dinnington, Sheffield, there was no turning a deaf ear when his inner singer-songwriter demanded to be set free. He answered that call and has been rewarded with not only a more fulfilling life, but also local celebrity status, a social media following that numbers into the tens of thousands, and a solid fan base that keeps asking for more.

Paul, a 38 year old father of two, runs his business PB Plumbing by day, but the rest of his time is devoted to his love of music. If he’s not performing at sold-out gigs in the Sheffield area, he’s uploading his work to YouTube and Facebook or making local TV and radio appearances. He’s even got an album on iTunes. Comedy writing is Paul’s speciality, but it is a talent that was nurtured during some dark days of his life.

“About three and a half years ago when I was going through some difficult times, I needed something to cheer myself up,” explains Paul. “I thought to myself I’ve always loved music, so I picked up the guitar and started writing songs as a way to cope. I needed to find something better than spending money at the pub, so that’s how it all began.”

Anything goes
Although Paul didn’t bide his time at the pub in real life, he did end up writing his first hit about this very subject. Within half an hour of sitting down at his keyboard, he banged out ‘Ten Pints of Carling’, and to this day it remains his most popular among fans. Paul says the lyric just popped into his head, and from there it practically wrote itself. It’s a song that takes a comedic look at the battle of the sexes, and this set the stage for him to write other songs that aren’t afraid to court controversy by lampooning popular culture.

“I won’t sing about race or religion, but everything else is fair game,” he says, “and swearing is absolutely necessary. People expect it and it feels a little dishonest not to use certain words because somebody might be offended.”

A look through Paul’s music catalogue will reveal an oeuvre of songs that aim sharp satire at social sham and hypocrisy while poking holes in the human condition. He’s highly prolific, too, uploading new ditties to his Facebook page every week that attract instant and abundant ‘likes’. But early on Paul realised that as popular as these types of songs were, they weren’t going to open many doors in the wider world.

“I knew I couldn’t target the media with some of the stuff I do, so I thought about what kind of material can get me out there,” says Paul. “That’s when I did a Christmas song. You can’t go wrong with that.”

‘Santa Clause – Am I Naughty or Nice?’ proved to be a step in the right direction for Paul. Sung in his signature Yorkshire accent, the holiday song had broad appeal and was sold via iTunes. He donated a portion of the profits to PACT (Parents’ Association of Children with Tumours and Leukaemia), raising the respectable sum of £500 for the charity. Eventually, the song got made into a music video, which has garnered some 75,000 views on Paul’s Facebook page alone.

On the back of that success, Paul turned his hand to national issues, and in 2014 he wrote ‘England in Brazil’ to cheer on the Three Lions at the World Cup. The video had thousands of views on YouTube and was shared on Twitter by the likes of ex-England international, Carlton Palmer. The song also got radio airplay, including BBC Radio 5 Live and even Kiss FM in Portugal, (though Paul admits that might be down to the influence of his father, who lives there).

On yer bike!
Paul stirred up even more attention when the Tour de France made its debut in Yorkshire in 2014. He wrote ‘Get on Yer Bike’ to celebrate the Grand Départ and was contacted by the Sheffield Star, who were keen to help promote it.

“The Editor, Graham Walker, rang me up and told me he really liked my song and offered to make a music video for it,” comments Paul. “He said just bring a bike and a beret, and he gave me a few props and they helped me make my first professional video.

“The next year I was contacted by Welcome to Yorkshire, the outfit running the Tour de Yorkshire. They wanted me to adapt the song for the 2015 race and helped make another video to support it. They also asked me to perform the song at the opening ceremony. I was so honoured to do that.”

Continuing the success of writing sporting anthems, Paul’s latest contribution was for the Euros this summer. He penned ‘I’d Love It’, with the title paying tribute to the famous 1996 quote from Kevin Keegan when he was Newcastle Manager. The song landed him a spot on BBC’s Look North, where he was billed as ‘our favourite singing plumber’. 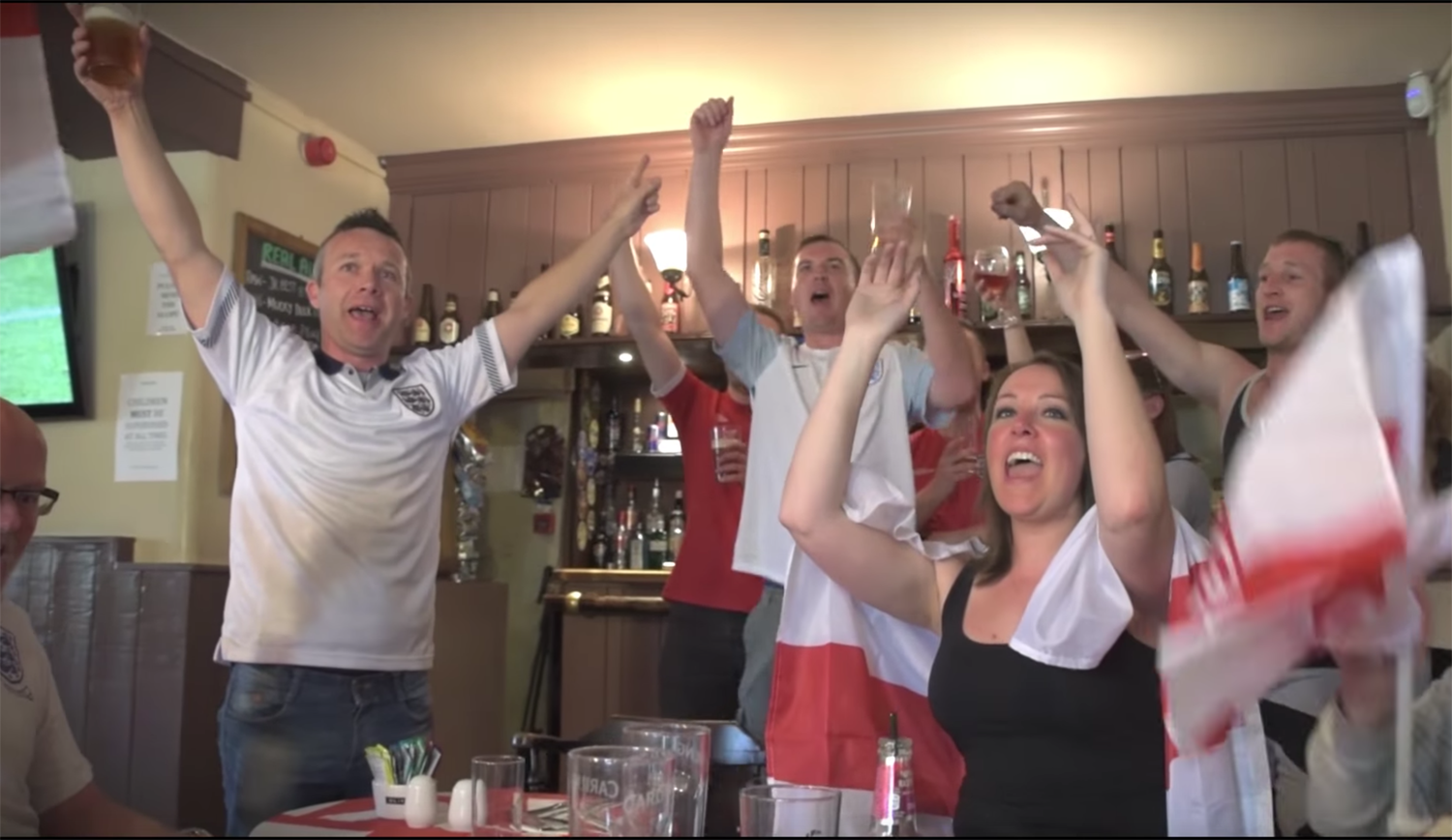 A still from the music video for ‘I’d Love It’, a paean to the England squad before the Euros in France this summer

Comedy roots
Although Paul continues to write the songs that have a better shot at commercial success, he remains loyal to his comedy song writing roots.

“I take everyday situations and look at them in a way that might be humorous, but also snarky and sarcastic,” says Paul. “The key to writing my lyrics is picking up on universal truths and stating the bitter truth about them. Each song is different, but I like to tell a story and then twist it on its head a little bit.”

The past three years have served up a level of success that Paul never dreamed of when he first wrote ‘Ten Pints of Carling’. Since then he’s had to get used to fans asking for autographs, making television and radio appearances, and managing the social media side of the music business.

“I really couldn’t have done any of this without Facebook and YouTube,” insists Paul. “Social media was an important factor, without a doubt – that’s helped me reach so many people I’d never have otherwise got to. It’s important to get out there gigging, but I never would have done anything with that first song if it wasn’t for social media.” 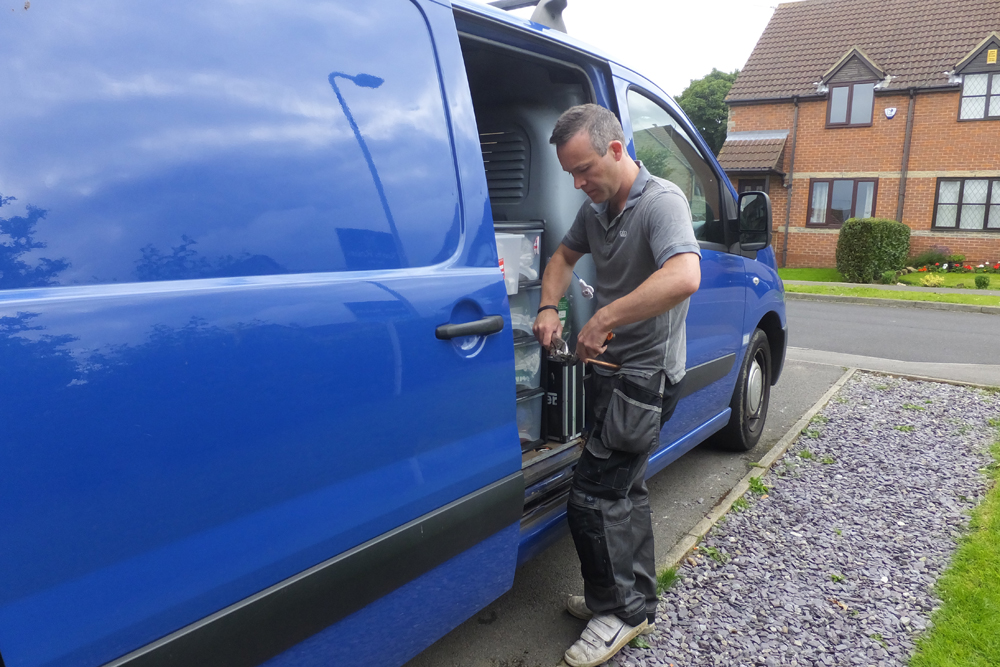 Plumber by day: Paul runs his own business, PB Plumbing

Perks of the trade
Paul also says none of this would have been possible if he’d had a different job. He became a plumber 11 years ago after an injury took him out of playing football at a semi-professional level. As a one man band in charge of his own business, Paul is able to take the jobs that fit around his music efforts.

“Plumbing is a way of earning a living so I can do something I love,” says Paul. “It’s important to have that balance of family, singing, and a profession that funds the other parts of my life. I couldn’t do any of it without a trade. It’s given me the independence I need to maintain this kind of lifestyle.”

So would Paul give up plumbing if music became more profitable? “In a heartbeat,” he says quickly. “I like plumbing, but I love music. I’m not looking to get rich and famous, I just want to be involved in making music. Whether that’s writing jingles or otherwise working in the background, that’s fine with me.”

Guitar hero
Until that day comes, Paul will continue to do what he does best and write the songs his fans want to hear. He’s finding some success in a side business, Songs for Any Occasion, which sees him writing personalised songs for weddings, birthdays, anniversaries or any special event a person would like captured in song written especially for them.

“There’s a lot of work involved,” explains Paul. “I have to gather information about the person I’ll be singing about, write the song, memorise it, rehearse it, and then give the performance. People love it because it’s a really unique gift idea that will live in their memories for years to come.”

Who knows what’s next for our favourite singing plumber? Whatever he does, Paul ‘Ballo’ Ballington is sure to keep us entertained. To see Paul in action, make sure you visit his Facebook page: www.facebook.com/paulballo1977 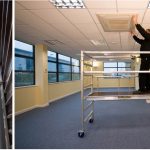