With the backing of a number of MPs, industry bodies aim to bring pressure on the government to reform unfair payment practices within the construction industry

The Specialist Engineering Contractors’ (SEC) Group is campaigning for legislation to bring an end to late payments, mandate the use of project bank accounts and protect cash retentions. The umbrella group, which is made up of several organisations representing specialist contractors, says that an average of £4.5bn of cash retentions are held over the course of one year. Most of this cash is withheld from smaller businesses, with over two-thirds of them experiencing late or no payment.

Rudi Klein, chief executive of the SEC Group, says a resolution to this issue is long overdue.“While government remains undecided, small firms continue to lose their retentions, which could instead be used to grow their business and train more people. This is not sustainable, which is why we campaign for the system to change.”

According to a recent YouGov poll commissioned by BESA and the ECA, almost four in 10 small and medium-sized businesses have staff who are suffering from mental health issues as a result of unfair payment practices. These include stress (29%), depression (14%) and suicidal feelings (3%).

The same survey also found that 22% of SME owners have had to reduce their salary, or stop taking a salary for a period of time, as a result of a late or unfair payment.

BESA and ECA are calling on tougher powers to sanction late payers across every sector, as well as legislating for a retentions deposit scheme to protect construction SMEs from systemic abuse of cash retentions and upstream insolvency.

“This poll confirms a dual crisis of mental health problems and unsustainable business practices,” says Debbie Petford, BESA director of legal and commercial. “With this growing evidence of the huge social and economic damage caused by systemic unfair payment practices, the question should no longer be what is the cost of reforming the status quo, but how can we afford not to?”

The Scottish and Northern Ireland Plumbing Employers Federation (SNIPEF) is encouraging its members to get their local MPs involved. Fiona Hodgson, chief executive, says: “After years of discussions and consultations, it’s now time to do something about this problem. Setting out a timetable would certainly focus minds on reaching a resolution sooner rather than later.”

Abuse of retention payments in the construction industry was the subject of a recent Westminster Hall debate by MPs who argued for reform of industry payment practices. Scottish MP Alan Brown who initiated the debate has called on the government to set a definitive timetable to bring an end to the current system.

Immediate government action appears unlikely, however, with BEIS junior minister Nadhim Zahawi arguing that legislation would be premature as there was a lack of consensus for a preferred solution. 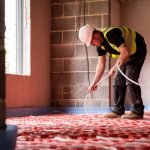 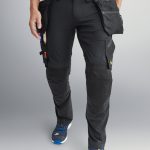