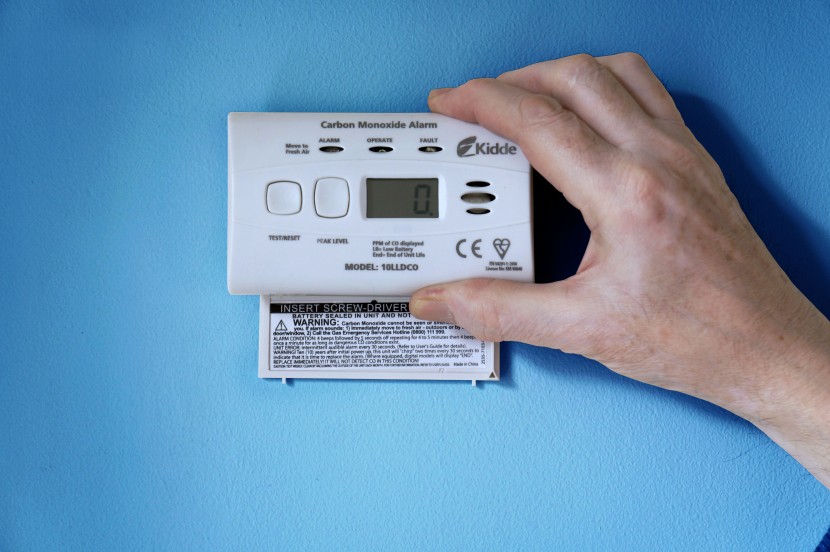 Putting the kibosh on carbon monoxide

Carbon monoxide safety is an issue rising high on both government agendas and in the public consciousness, particularly in light of the recent Thomas Cook debacle. Here Rex Taylor, Technical Support Manager for Kidde, looks at the problem and presents some solutions.

Carbon monoxide (CO) poisoning causes an estimated 50 deaths and 200 serious injuries annually in Britain. But this could be the tip of the iceberg as it often goes unrecognised, simulating other conditions. CO is odourless and colourless, and can be produced by any fuel-burning appliance resulting from the incomplete combustion of carbon based fuels including bottled or mains gas, coal, oil and wood.

The main difficulty with CO is that the dangers are often far from obvious and it comes from a surprisingly wide variety of sources. Typical appliances include boilers, water heaters and wood burning stoves, as well as extended use of fireplaces. Unfixed appliances introduced by occupiers are also a danger, including charcoal and gas grills or hibachis operated in enclosed spaces, as well as LPG and paraffin heaters and clothes dryers.

Go to the source

With fixed appliances, problems often occur from blockages and back-drafts in flues or loose, blocked or inappropriate vent pipes. Shared flues can cause unexpected problems and there have been instances of CO from flues discharging into common areas affecting neighbouring properties – sometimes with lethal consequences. Similarly, in multi-occupancy and multi-storey buildings, CO produced in one area may be transported to and leak into another part of the building. 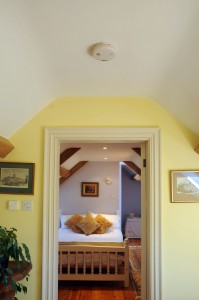 Today, risks are increased by the installation of double/triple glazing and the push for sealing up buildings for energy conservation, reducing scope for air intake. Other sustainability measures can also pose surprising risks, such as the lethal build-up of CO in wood pellet storage for biomass heating.

So, there are very real dangers in homes both old and new. Clearly, we simply cannot predict all the possible sources of CO in a home, the actions of occupants and the impact of changes over time. But installation of CO alarms that provide an audible warning at exposure levels well below those critical to healthy adults saves lives. It is therefore important for installers to assess specific risks in a property and fit CO alarms in appropriate locations – perhaps exceeding Building Regulations – to protect occupants, as well as for their own peace of mind.

Recent regulations around the UK and Ireland designed to combat CO poisoning vary. Most recently, requirements in the Republic of Ireland call for CO alarms to be fitted in rooms where combustion appliances are installed. But it goes further, also requiring a CO alarm in every bedroom or in the corridor within 5m of the bedroom door, and also in bedrooms where a flue system passes through.

This follows action in Northern Ireland with regulations requiring a CO alarm be fitted in the same room as a new or replacement combustion appliance or just outside a boiler room. Similar requirements apply in Scotland too. All these regulations apply only to installation of new or replacement combustion appliances – and that excludes those used for cooking – whether in existing or new-build properties, irrespective of fuel or flue type. And they contrast with the 2010 Building Regulations Part J applying to England and Wales, which considers just fixed solid fuel heating appliances.

Annual gas safety checks may exclude a cooker where it is not the landlord’s property, and there have been several instances of faulty grills on modern cookers causing deaths. Oversized pans and interference with burners using foil – associated with particular styles of cooking – have also caused problems. But still, Building Regulations requiring CO alarms alongside the installation of heating

The latest guidance on CO alarms is provided by ‘BS EN 50292:2013 electrical apparatus for the detection of carbon monoxide in domestic premises – guide on the selection, installation, use and maintenance’. This does not distinguish between cooking and other appliances. It makes clear how essential it is that carbon monoxide reaches the alarm from the source to trigger it and that the alarm sounder must be capable of alerting occupants and waking those who are asleep. Ideally, a CO alarm should be installed in every room containing a fuel-burning appliance (or just outside boiler rooms for audibility) and also in other well-used rooms remote from the appliance, as well as all bedrooms.

Where the number of CO alarms is limited, priority should be given to any room containing a flueless or open-flued appliance and where the occupants spend most time. In addition, rooms with extended or concealed flues passing through should also have an alarm. In rooms with combustion appliances, CO will tend to rise until it cools. Elsewhere, including bedrooms, alarms should be located close to the occupants’ breathing zone.

According to all the Regulations and BS EN 50292:2013 alarms can be powered either by batteries designed to operate for the whole working life of the alarm or hard-wired mains which should be installed by qualified electricians. Fitting a battery-only CO alarm may be the simplest solution and, of course, battery quality is key to long term, problem-free performance, addressed by the latest generation of alarms. For example, Kidde’s 10LLCO range offers a full 10 year guarantee covering both alarm and sealed-in lithium battery. Manufacturers that produce their own CO cells – the key component – rather than buying them in, can apply tighter quality controls as well.

Although not requiring interconnected alarms, BS EN 50292 does highlight the essential requirements for the alarm sounder to alert or wake occupants. To resolve this issue, Kidde’s hard-wired CO alarms can be interconnected with each other. But, importantly, they can also be interlinked with both the company’s Slick and Firex ranges of hard-wired smoke and heat alarms, using the ‘Smart Interconnect’ feature, creating a comprehensive system for whole home protection. With this feature, when a smoke or heat alarm is triggered, all the interconnected alarms – including CO alarms – activate to alert occupants of fire.

Crucially, the CO alarms have different, distinct alarm sounder patterns for carbon monoxide and fire, as required by BS 5839 Part 6:2013 – supported by different display messages on the digital model. So, without the need for any further operation of the system (such as remote switches), Smart Interconnect automatically alerts occupants of the specific hazard that confronts them. This allows them to respond quickly, making the right choice from the very different alternative actions for either fire or the presence of carbon monoxide.

Using Smart Interconnect, Kidde CO alarms in bedrooms act as sounders for the smoke/heat alarm system as well as warning of carbon monoxide. This solves the problem of limited audibility of landing-located smoke alarms at the bed-head, resulting from sound reducing doors. 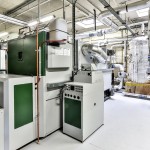 Next article - Woodchip drives big savings at college in Leicestershire »