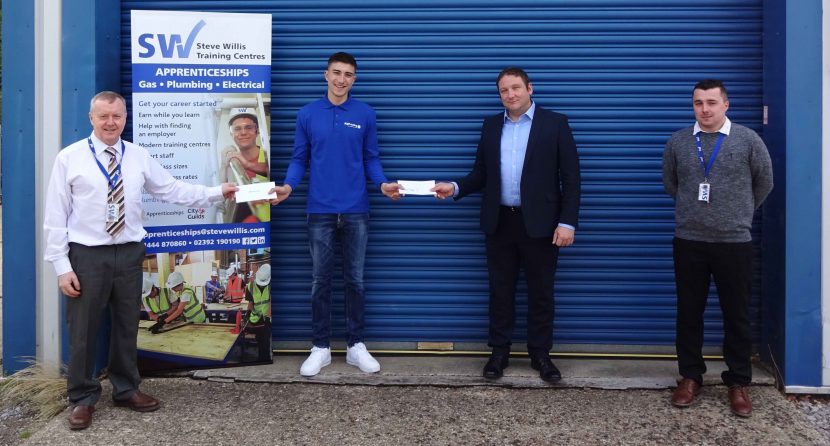 Reward for Apprentice of the Year finalist

Sussex gas apprentice Marcus Piper reached the final of this year’s Screwfix Trade Apprentice of the Year competition, beating over 15,000 applicants from across the country to make it to the final 10, and his success has been recognised by his training centre and employer.

Marcus trains at Steve Willis Training Centres in Burgess Hill and is in the first year of his apprenticeship with K&T Heating, part of the Sureserve Group.

His employer Ryan Potter is not surprised by his success: “From day one Marcus has shown all the qualities that we would wish for in an apprentice and a future employee. It has been an absolute joy to have Marcus as a member of the team over the past year and we very much look forward to seeing him progress over the duration of his apprenticeship.”

Marcus came into the training centre to be congratulated by Steve Willis Training MD Steve Willis (left of pic) and Dominic Halliday from K&T – socially distanced of course – each presented him with £100 in Amazon vouchers as a reward for his fantastic achievement. Marcus’s gas trainer at Steve Willis, Max Watkinson (right of pic) also attended to offer his congratulations.

Steve Willis comments: “As his trainer and employer, we both wanted to reward Marcus for his fantastic achievement. This shows apprenticeships can give young people the skills and confidence they need to do great things.” 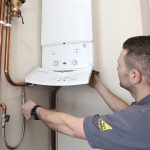 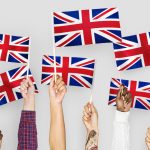 Next article - Will the pandemic increase demand for British-made products? »