A Torquay landlord has been sentenced after failing to ensure proper landlord’s gas safety checks were undertaken at his tenanted property. Newton Abbot Magistrates’ Court heard how Mr Mehmet Sevim, a former Gas Safe Register engineer and current landlord of residential properties, had contracted a fitter who was not a member of Gas Safe Register to undertake a landlord’s gas safety check at one of his tenanted properties.

During an investigation by the Health and Safety Executive (HSE), Mr Sevim repeatedly maintained that he had used a person whom he could not name to undertake the landlord’s gas safety check for him. He failed to make any checks on the individual, including checking if he was registered with Gas Safe Register.

The investigation also found the landlord’s gas safety certificate used false Gas Safe Register engineer details. Mr Sevim later admitted to the court that he had produced the fraudulent certificate. It was also found that Mr Sevim had tried to bribe a prosecution witness before the trial by offering them £300 to change their evidence.

Mehmet Sevim of Ellacombe Church Road, Torquay was found guilty of breaching Gas Safety Regulations and has been sentenced to 26 weeks in prison, suspended for two years, and ordered to undertake 240 hours unpaid work. Mr Sevim was also ordered to pay costs of more than £5330.

Speaking after the hearing, HSE inspector Simon Jones said: “Mr Sevim lied throughout this investigation and only at sentencing did he finally tell the truth about how he falsified a landlord’s gas safety certificate.

“There can be no excuse for a landlord to ever falsify a gas safety certificate and this sentence should send a clear warning to all landlords that the courts take such matters very seriously.” 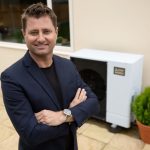 - Previous article « Is UK housing in the dark ages? 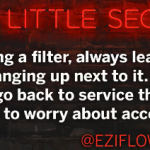