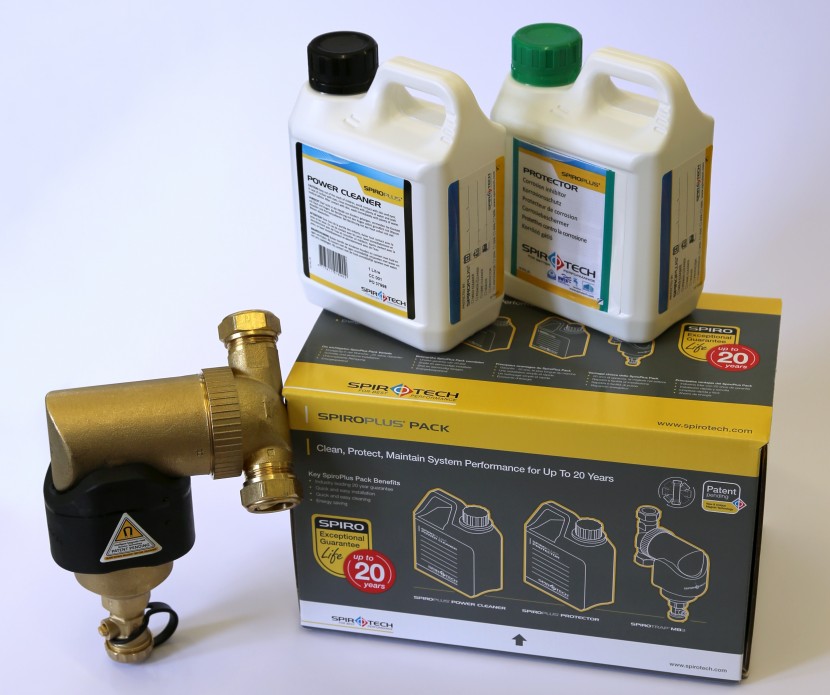 The benefits of a belt and braces approach 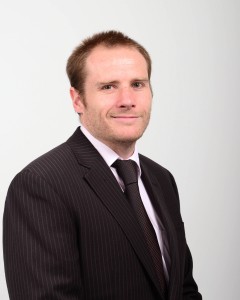 The build-up of air and dirt in a system can shorten the life of components and dramatically reduce operational efficiency. Mark Boccetti, Spirotech UK’s Area Sales Manager – East Midlands, discusses the benefits of adopting a holistic approach to water treatment.

Without doubt, the most important aspect of any heating circuit is its water – the heat transfer fluid. The condition of the fluid running through the pipes is vital, and maintaining it is essential for achieving optimum system health, but this can be easily overlooked and taken for granted.

Even the most well-designed heating system will fall short, and ultimately become less efficient, if the quality of the heat transfer fluid is allowed to deteriorate. The steps needed to prevent this are relatively straightforward, yet too often the correct foundations are not put in place to ensure that heating systems are not affected by the resulting build-up of air and dirt.

Water naturally contains gases, chiefly oxygen and nitrogen. Oxygen in water accelerates the corrosion process, which leads to a system becoming less efficient. When radiators start to corrode, this increases the workload on other key components, which can eventually compromise the performance of these parts.

However, radiators and pumps are not the only victims of corrosion – all components will become less efficient if the corrosion process is allowed to get out of hand. This applies to main heat exchangers, plate heat exchangers and thermistors, as well as diverter valves, flow switches and expansion vessels.

To ensure that the effects of dirt and air do not take hold, the first port of call must always be to test the existing system water to determine exactly what is happening inside a system and where the problems may lie. Following this analysis, the appropriate package of products must then be added to the system, in the shape of chemicals, deaerators and dirt separators to correct, protect and prevent any deterioration to the fluid and system. Only by taking these steps will optimum system health be achieved. 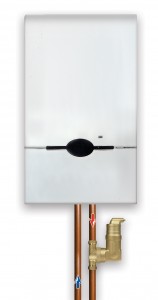 The SpiroVent RV2 deaerator installed close to the boiler

Using chemicals
The application of a system protector or inhibitor helps form a protective layer on the surface of pipework and radiators to protect them against the corrosion process. Importantly, it also helps keeps the pH stable, which must lie within certain parameters.

The protective layer formed by the inhibitor will be depleted by any oxygen that enters the system – a process known as diffusion – so it is important to check the levels of inhibitor to ensure they are sufficient.

Removing gasses
Deaeration is the best kept secret in the domestic market, but the benefits are becoming more widely known and accepted. By fitting a deaerator on the flow at the hottest point the laws of physics do the rest. Through high temperature and low pressure, the gases that cause the system harm and lead to corrosion will come out of solution. We can remove or expel these gases from the system by installing a deaerator such as the SpiroVent RV2.

Understanding the benefits of deaeration is one thing, but to ensure it works at optimum levels, the location of the deaerator is key. By fitting a deaerator as close to the boiler as practically possible – on the flow – the best deaerators are able to effectively remove the gases that come out of solution as the water is heated by the main heat exchanger, delivering impressive results.

Systems will run more quietly, with no noisy radiators; there will be less friction, which means better circulation; the corrosion process will slow dramatically, which improves system efficiency and the lifespan of components; and the ineffective practice of manual venting will no long be required.

Air and dissolved gasses need to be effectively removed on a long-term basis to protect system components and save both householders and installers the hassle and cost of inefficiencies, callbacks and breakdowns. The benefit of installing a deaerator is that it makes filling and venting the system initially much quicker, saving time and money. Venting is also fully automatic.

Dirt separation
Where air is allowed to remain, corrosion will inevitably take place within the system, and it won’t be long before the debris starts to affect performance and efficiency. To stop this causing lasting effects, dirt separation, alongside deaeration and initial chemical treatments, is vital. Choosing a product that removes both magnetic and non magnetic dirt is key to ensuring that systems continue to function at optimum levels.

Despite there being an acceptance in the UK market of the need for dirt separation, there’s still some way to go in terms of understanding the best methods for the removal of dirt and debris. One area where confusion persists is regarding isolation valves. There still exists a belief that they are key to the functionality of dirt separators – probably because most filters on the market will require them – but this is not the case. In reality, the issue is more about flow path.

The flow of water through the SpiroTrap MB3, for example, is through the top (where the magnets are situated) and back round into the manifold body. Misunderstanding is borne out of the belief that the chamber where the external magnet sits is there to accommodate the flow path. This isn’t the case, it’s there purely to house or collect dirt.

A dirt separator is so called because it separates dirt from the flow path of the circuit, so there is no need to isolate the flow path in order to service the filter. For removal of dirt from the SpiroTrap MB3, for example, installers need only turn the pump off, remove the magnet, open the drain valve and empty the dirt using the system water/pressure until the water runs clear. There is no need to drain the system, only the chamber.

Draining the system for this purpose is unnecessary and often leads to incorrect refilling, with fresh water – rather than deoxygenated fluid – put back into the system and thus introducing the ingredients for corrosion to take place once more. 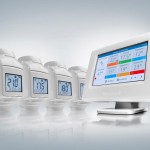 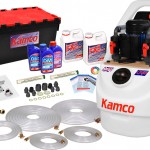 Next article - All you need for a full flush »