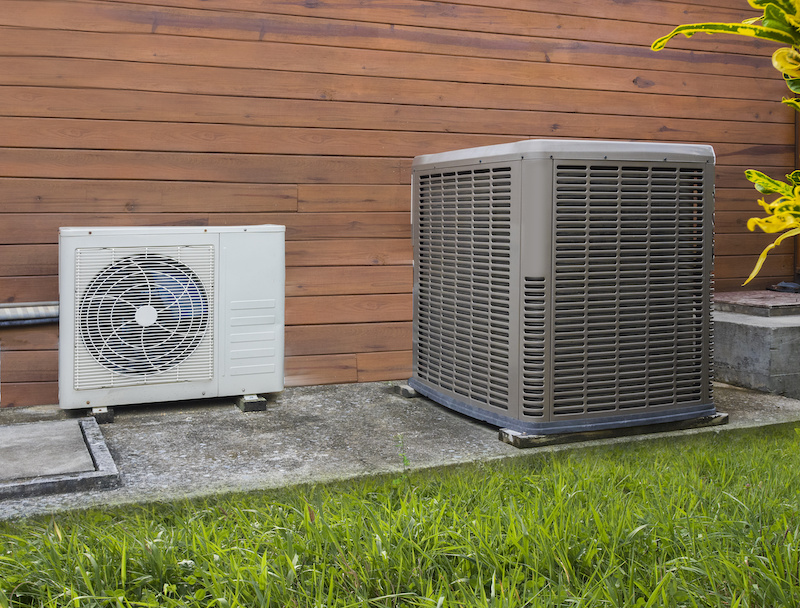 The growing case for heat pumps

It has been an eventful year for heat pumps as Government strengthens the case for low carbon heating. Graham Wright, Chairman of the Heat Pump Association, reflects on key developments so far and dispels the myths surrounding this technology.

Climate change has been in the headlines for various reasons since the beginning of the year and the HPA has been closely monitoring policy proposals and government statements. In February the HPA’s Technical Consultant Graham Hazell gave evidence on behalf of the HPA to the Parliamentary Science and Technologies Select Committee as part of their inquiry into ‘Technologies for meeting Clean Growth emissions reduction targets’.

The Committee considered potential long term scenarios that could meet the UK’s emissions reductions targets, as well as actions the Government should be taking now to enable the UK to determine and pursue the optimum routes to these future scenarios. Graham was able to emphasise that heat pumps are a technology that exist today and can contribute greatly to carbon emissions reductions.

In April we had the climate change protests led by Extinction Rebellion. While their methods certainly divide opinion, they do keep the future of our planet well and truly in the spotlight. It is easy to lay blame at the door of governments, past and present, but we are where we are now.

In May we welcomed the latest report from the Committee on Climate Change (CCC). The report, titled ‘Net Zero – The UK’s contribution to stopping global warming’, was published by the CCC in response to a request by governments of the UK, Scotland and Wales to reassess the UK’s long-term emissions targets. Until now, the target had been to reduce carbon emissions by 80% (compared with 1990 levels) by 2050. The CCC has adjusted its targets with the aim of raising international ambition ahead of the UN Climate Action Summit in September.

The report highlights the need for the Government to act immediately to implement a clear regulatory framework to achieve the decarbonisation of heat and recommends a range of policies to do so. This has led very recently to the government’s announcement that the UK will be net-zero in carbon emissions by 2050 – one of the first countries to make such a commitment. Whilst this ambitious target will require a great deal of innovation, it is important to stress again that heat pumps are a well understood technology that is available now.

One of the issues arising from this proposal is the need for skilled technicians to be able to design, install and operate low carbon technologies. The HPA has identified this as a key objective and is looking to develop its own training courses to enable heating engineers to transition to become heat pump technicians.

Heat pumps are one of the few low carbon heating systems available right now, yet the Government seems to be delaying clear policy in the hope that there will be other low carbon options from bio/fossil fuel mixes or hydrogen, which in itself is not a very new technology both in its production (which currently consumes large amounts of fossil fuel), and in the way it will be distributed and used. Heat pumps can produce low carbon heating, and when using renewable electricity with thermal storage, they become an even more attractive option.

There are, however, still some myths which surround heat pump technology which I will try to dispel here.

Any building with poor insulation will struggle to be heated efficiently, no matter what type of system is used to heat it. With older buildings contributing to a high proportion of the UK stock, it is vital that buildings that can be insulated are insulated. There will always be exceptions, but there are many houses out there which would benefit hugely from insulation. Equally, there are many examples of much older buildings, which may often be off the gas grid, where a heat pump is a far more efficient means of providing heating than currently used technology.

Heat pumps generally produce water at a lower flow temperature (c. 55˚C) than boilers (c. 70˚C). Given that underfloor heating can work effectively at flow temperatures of 35-40˚C if correctly designed, then clearly this fits well with a heat pump as the source of hot water. However, in many examples – particularly new build situations – a heat pump system can be designed to heat a house effectively using more heat traditional heat emitters, albeit they may have to be slightly larger than those used with more traditional heat sources. In retrofit situations, it is frequently found that the heat emitters have been oversized in the first place, and hence fitting a heat pump does not impact on performance and efficiency. This highlights a vital fact – the need for any heat pump system, whether new build or retrofit, to be properly specified and designed with efficiency in mind. This again focuses on the need to have well trained and skilled heat pump installers.

I emphasise that SCoP and SPF are similar but not necessarily exactly the same. This is further complicated by the fact that some standards (e.g. the EU RED) use them incorrectly or interchangeably. In general, SCoP is the predicted seasonal efficiency of a piece of equipment, whilst SPF is the measured performance of a heat pump system, but which can include or exclude various components, such as circulation pumps.

Although our damp oceanic climate requires higher than average defrost cycles than a drier environment would, the oceans around us tend to keep the winter temperature higher than more land based countries (e.g. Central Europe) and this offsets much of the reduced efficiency from defrost cycles – something which may not be represented in standard tests from other European countries.

This is probably the most inflammatory statement possible to the heat pump industry. Field trials have actually been proven to be unreliable and inconclusive. Again we can extract some ‘truth’ – like ‘all heating systems efficiencies measured in the test cell are unlikely to be repeated and likely to be significantly lower than those measured in use’. Results significantly poorer than laboratory tests have been revealed for oil and gas fired boilers as well as significantly for biomass boilers.

Heat pumps offer an opportunity to reduce the UK’s emissions as well as help to address issues such as fuel poverty and air quality. We have the means to achieve the net-zero target – what we need now are clear policy changes and for the heating industry as a whole to develop technology for a greener future and increase awareness with accurate information on the technologies available.

The Heat Pump Association (HPA) is an authority on the use and benefits of heat pump technology and comprises manufacturers of heat pumps, components and associated equipment (www.heatpumps.org.uk). 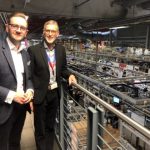