The problem with regulations, and a look at expansion vessels

Are the rules and regulations for the plumbing and heating sector keeping up with the times? How is any lapse affecting installers in the field who are expected to put in equipment so it works at peak performance? Chris Flaherty, owner of Vietec Heating, considers this problem and offers a bit of installation advice.

In my opinion, the so-called experts who make the rules and regulations for our industry are old dinosaurs who do not keep up with technology. The regulations move so slowly in the UK that by the time they make changes to take in a new technology, it has moved on five times further, so we are always behind, or is it other factors that hold them back?

One of my biggest gripes with the regulations is G3. The last time I had to resit my G3 course (a ticket when first achieved was supposed to be for LIFE) nothing had changed from when I first took the course many years before. We are still being told to use a thermostat and overheat stat and a 2-port valve. Why? Technology has moved on, yet we are still expected to rely on a bi-metal strip for temperature control.

The majority of boilers, and certainly the boilers I install, have the ability to control the unvented cylinder much more accurately and safely, simply with a sensor directly from the boiler, yet this is not permitted under the so-called regulations. Why? It is because of the influence the controls manufacturers have, as they don’t want to lose the sale of their products (2-port valves, cylinder/overheat stats).

The other reason is the silly money the likes of WRAS want to approve the use of the sensor technology with unvented cylinders, somewhere in the region of £20,000 as I have been led to believe. I doubt the boiler manufacturers would hold back this technology, as they already build it into their boilers. So is it the control and cylinder manufacturers?

One of the boiler manufacturers I use is approved for sensor control when used with their unvented cylinder. This cylinder is made for them by a mass-production cylinder manufacturer. It is exactly the same as their own branded cylinder, as all unvented cylinders are, so why can’t we use this across all cylinders? As previously stated, WRAS want their palm crossed with silver, and I expect the control manufacturers would try and reject the idea as well, my opinion, just ignore it if the boiler has the sensor technology. It is far more accurate and safer than current regulations. I think any manufacturer would find it impossible in a court of law to show that doing it with a sensor has caused any warranty issues, or made the cylinder unsafe.

Another one that bugs me – although I am not sure it is a regulation, more something I was trained never to do and most installers have the same belief – is not putting an isolation valve on an expansion vessel. Of course you should. Of the whole heating system, the expansion vessel is the biggest cause of breakdowns, the reason we are told is a safety issue, if the valve is closed then expansion cannot take place. Well fit a bloody lock-shield type for goodness sake, or as I and other installers do, fit a full bore lever valve and remove the handle.

You also need to fit a drain valve between the valve and expansion vessel. We could reduce heating system failures by a large proportion IF on service the vessel can be isolated, drained and the pre-charge pressure checked and adjusted if required. Installers don’t check this on service as it would usually mean draining the entire system to do so. An expansion vessel WILL need pre-charge adjusting during its life and it is quite likely the vessel will fail in the system’s lifetime.

We also need to educate installers to ALWAYS check the pre-charge pressure on annual service. This alone would reduce the amount of boiler breakdowns massively. As usual though we have to look to Europe, which already has this covered.

I found a fantastic product made by Reflex, who manufacture expansion vessels (German) and are distributed in the UK by Altecnic. It is a combined lock-shield isolation valve with built-in drain valve, which has the connection to screw directly to the expansion vessel. In my opinion this item should be sold with ALL expansion vessels, as not providing isolation for service is very bad practice in my opinion. I will now fit this valve from Altecnic to all my expansion vessels.

Here is a link to the product REFLEX / ALTECNIC Expansion vessel valve. Contact Altecnic for price and availability http://www.altecnic.co.uk/

Another point I think needs addressing is system boiler expansion vessels. Now this is more an installer problem. Most are under the impression they just fit the boiler and connect it to whatever they want and the internal vessel will take care of it. On the majority of my jobs I install an additional vessel, as I feel the 10-12L that are provided by the system boiler vessel is insufficient for some of the larger systems I install. Installers, we need to be more aware of the expansion volume of our systems, as again if the vessel is undersized, it causes vessel failure.

As an industry we need to stand together more. We are the ones who know what is best for the heating system, not some pen pusher in an office, or not some dinosaur who was a tradesman 30 years ago and does not move with the times. I believe it is long over due that we as installers get our opinion heard and acted on rather than ignored. The industry would be a much better place if the real experts were listened to. 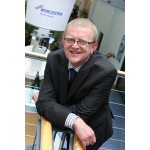