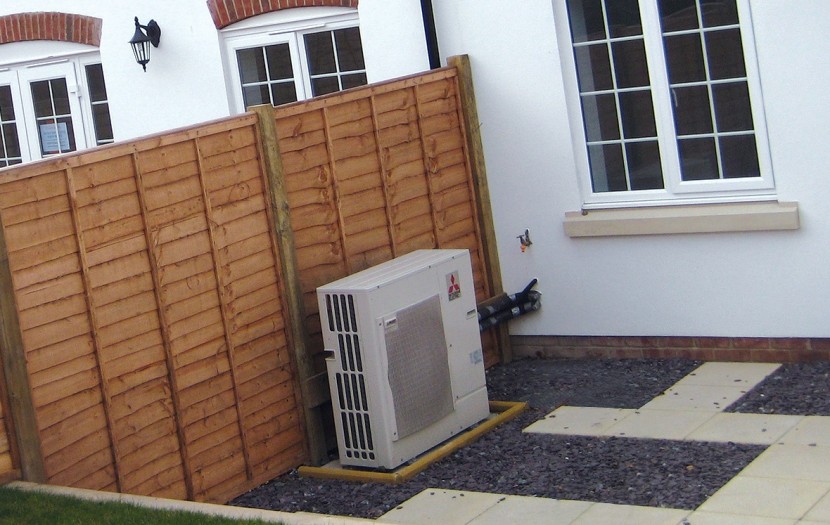 With advances in technology and the drive to address carbon emissions, there is every reason to believe that the UK market for air source heat pumps will continue to expand  – so says John Kellett, General Manager of Mitsubishi Electric’s Heating Systems Division. 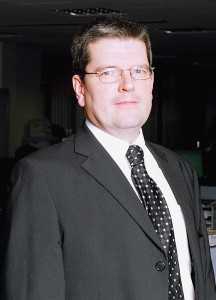 It can often be easy to baulk at how far the building services sector has to go in order to reach its targets for carbon emissions reduction. The combination of reports, various deadlines and steady release of stories on the latest rise in greenhouse gas emissions and doomsday scenarios laid out in the media can sometimes make it seem as though the industry is simply struggling to push a three-wheeled shopping trolley up hill.

Perhaps it’s therefore beneficial to look back before we look forward to assess how far things have come before worrying about how far we have to go – no area illustrates the progress made better than the heat pump market.

Advances in technology in the early to mid 2000s, combined with a legislative war on carbon emissions, have created the perfect storm for heat pumps in the last ten years.

The major step forward for heat pump technology was the succession of inverter-driven outdoor units in place of their fixed speed rivals. Quieter, cheaper to run, more energy efficient and providing a far higher level of comfort, they quickly consigned fixed speed solutions to the history books and took heat pumps to the next level in terms of alerting the marketplace to their potential in domestic applications.

Concerns over winter performance and noise were quelled and independent tests demonstrated their energy saving potential over oil and gas. As the technology improved and the question marks over performance abated, take up has accelerated and according to figures published by the European Heat Pump Association, sales across the countries surveyed have gone from 1,015,607 in 2005 to 6,741,251 in 2013. 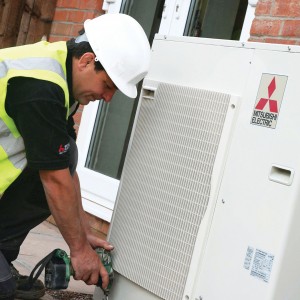 According to BSRIA, in terms of total installations the UK heat pump market has gone from 16,455 in 2010 to 22,355 in 2013. A BSRIA report released in 2014 revealed air to water monobloc systems as the highest performing sector of the market, which saw 124% growth from 2011 to 2014. Within this sector, for both split and monobloc systems, the small domestic market was the largest share, with large domestic not far behind on splits, but significantly smaller in monobloc sales.

Both markets dwarf the commercial sector (over 20kW), which makes up just 2 and 3% of these two types of installations respectively. We can also see from the report that the number of manufacturers in the heat pump market has more than doubled since 2008, with Mitsubishi Electric leading the way in terms of market share.

As far as the renewable technology market is concerned, air source heat pumps are the runaway leader and look set to continue in that position over the coming years. From 14,000 units in 2012, this year is expected to see 26,000 systems sold, with that figure reaching 50,000 by 2017.

The main area driving this growth will be the owner/occupier market, with that sector’s value forecast to be nearly ten times bigger by 2017 than it was in 2013.

The Climate Change Act 2008 commits the UK to reducing greenhouse gas emissions by at least 80% in 2050 from 1990 levels. The Act requires the Government to set legally binding ‘carbon budgets’ – caps on the amount of greenhouse gases emitted in the UK over a five-year period.

Each carbon budget is designed to reflect the most cost effective path to achieving the long-term objectives and the first four carbon budgets have been put into legislation and run up to 2027. We are currently in the midst of the second carbon budget, which has set a target of emitting no more than 2782 million tonnes of carbon dioxide equivalent between 2013 and 2017.

The latest government projections forecast the first three budgets will be met, with a shortfall currently expected for that fourth period of 205MtCO2e. In order to attempt to bridge that gap, the Government’s Carbon Plan document has set out a number of scenarios imagining how this might be done.

In addition, significant improvements to the thermal efficiency of buildings would have to be made including ‘completing most cavity wall and loft insulations by 2020 and insulating up to 5.2 million solid walls by 2030,’ says the paper. This would give heat pumps such as Mitsubishi Electric’s Ecodan range the very best chance of performing to their highest efficiency.

The Renewable Energy Review adds more grist to the mill. The document published in 2011 stated that heat pumps could meet up to 75% of residential heating demand in the UK. When all this evidence is weighed up, the only logical conclusion is that, to draw a sporting analogy, the Government is playing the heat pump industry through on goal.

With conditions in place for exponential growth of heat pump installations, investment in the development of the technology must continue.

In the case of Mitsubishi Electric’s Ecodan new FTC5 range, this is evident in the inclusion of remote energy monitoring on every single installed unit, which allows end users to measure and monitor energy consumption and heat output. With various levels of reporting, every Ecodan installed with FTC5 will have the ability to log energy use and the option to increase functionality and accuracy of services.

With this level of measurement now available, the evidence has never been greater that heat pumps are about to spearhead the charge towards carbon reduction targets. And for qualified, competent installers of the technology, this can only be good news. 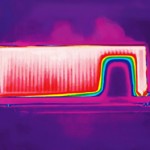 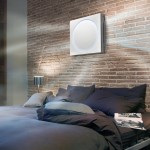 Next article - AC technology does more than cool »