As the cost of fuel creeps up, motoring giant LeaseVan.co.uk has revealed its ten tips on how to make a full tank go further. Drivers suffered the biggest increase in petrol and diesel prices in almost two years last month, with both fuels up nearly 3p a litre.

To help the UK’s fuel go further, LeaseVan.co.uk is reminding Brits of the ways they can be driving more economically – particularly drivers who rely on their vehicles for work.

Tim Alcock of LeaseVan.co.uk says: “The dramatic rise in oil price and its knock-on effect on the cost of fuel means drivers are inevitably suffering a bigger dent to their wallets too. But there are ways to try and keep this extra cost to a minimum. By simply being more aware of how you drive around day-to-day and implementing some easy driving habits, drivers should be able to see a noticeable difference in their fuel consumption.

“Most cars on the roads today have a built-in system that measures your mpg, and some newer vehicles come with even more sophisticated displays that analyse speed variations, shift points for manual transmissions, and driving behaviours such as acceleration and braking times – this is a great way to see if these tips improve your efficiency.

“Take note of your mpg driving normally for a week and challenge yourself to do better. Implement these tips then take note of your mpg again after a week – the results might surprise you. Many drivers consume 15% less fuel by acting on the feedback that fuel consumption displays provide.”

1.  Save on weight   Extra weight means extra fuel, so if you know you won’t need a certain set of tools for a particular job, leave them at home.

2. Maintenance   Get your car serviced regularly for best efficiency and always use the right specification of engine oil. You should also check your tyre pressures regularly and before long journeys – under-inflated tyres can cause you to use up to 2% more fuel

3. Accelerate gently   The harder you accelerate, the more fuel you consume. To maximise your fuel efficiency, imagine that there’s an egg under your pedal and an open cup of coffee on your dashboard – you don’t want to break the shell or spill the drink!

4. Be kind to your gears   Don’t labour your van’s engine by holding on to one gear for too long. Instead, try changing up at an engine speed of around 2,000 rpm (diesel) or 2,500 (petrol). Since 2014, new vehicle models have been fitted with a fear shift indicator to encourage use of the most efficient gear, so keep an eye on that too.

5.  Maintain a steady speed   Unintentional dips in speed and sudden bursts of acceleration to keep pace take a toll on your tank – and your wallet. Consider using cruise control for highway driving, and where traffic patterns permit, allow your speed to drop when you travel uphill, then regain momentum as you roll downhill.

6.  Keep rolling   Stopping then starting again uses a significant amount more fuel than rolling along at a constant, low speed, so try slowing extra early when approaching traffic lights or a queue and you might not have to stop completely.

7.  Use your air-con wisely   At low speeds, air-con can increases fuel consumption by as much as 20%, so try opening the windows when you’re cruising around town. At higher speeds, on the motorway for instance, the effect of air con on your fuel consumption isn’t as noticeable. Don’t leave it on all the time, but running it at least once a week will help to keep the system in good condition.

9.  Stay aerodynamic   Wind resistance increases fuel consumption, so try to keep windows closed at high speeds and remove roof racks and boxes when not in use. 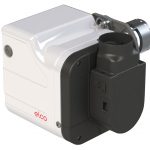 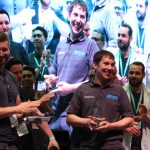