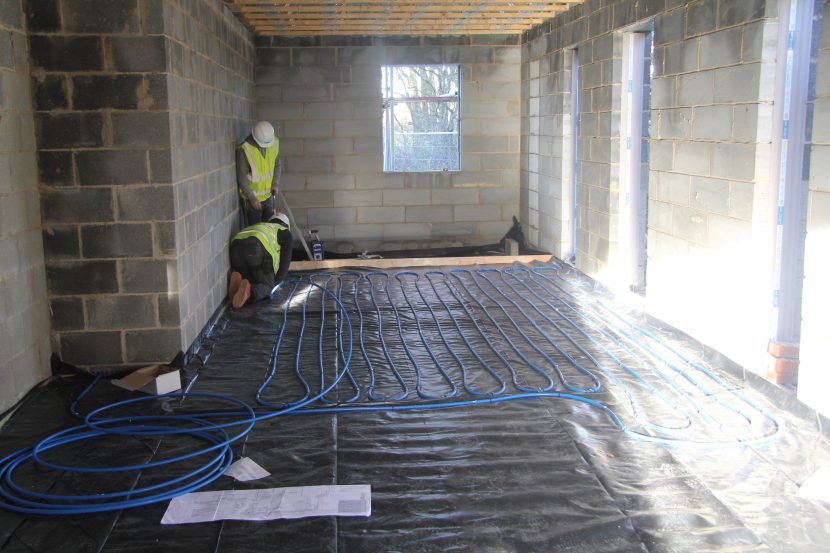 Exeter based renewables and underfloor heating specialist, Omnie has donated one of its Staples pipework systems for the construction of a fully wheelchair accessible home that has been built to accommodate a former Royal Marine and his family, after he contracted a serious illness on overseas service.

Corporal Phil Eaglesham contracted the relatively rare Q fever while serving in Afghanistan five years ago with the condition unfortunately proving to be degenerative and making his existing home near Taunton increasingly unsuitable. In order to help the family, The Royal Marines Charity appealed for help to construct a bespoke dwelling to meet his specific needs.  Omnie joined with a number of other building product manufacturers to make donations in kind, with the 600 metre of Staples underfloor heating pipe and made-to-measure manifold being provided to keep the entire ground floor of the two-storey property at a carefully controlled temperature.

Sharky Ward, the Deputy CEO of The Royal Marines Charity, comments: “Thanks to the incredible help we have received in particular Persimmon Homes, who donated the land, Haldons Chartered Surveyors who are project managing the build, and Grainge Architects who developed the plans, all free of charge. Omnie has played key role and very kindly donated the underfloor heating system, which will help provide a consistent temperature, which is critical to Corporal Eaglesham’s needs.  We are hugely grateful to everyone who has made this dream become a reality, delivering a bespoke house in the most cost effective manner.”

As well as the integral garage, the downstairs contains a master bedroom suite with shower room, while the linked kitchen, dining and living rooms feature folding doors, which open out onto the rear garden. These areas, together with a lobby and separate cloakroom are heated by six pipe circuits connected back to the five port manifold and controlled by programmable room thermostats. The pipe layouts were securely clipped down over thermal insulation before a wet screed was laid to provide good heat transference.

Suitable for operating at low temperatures, Omnie UFH systems are suitable for delivering optimum efficiency in conjunction with high performance gas or oil boilers as well as the company’s own range of air or ground source heat pumps. For further information, please visit: www.omnie.co.uk 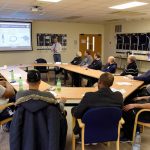 - Previous article « Taking a closer look at showers with Triton 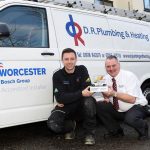 Next article - Welsh installation company wins Van of the Year »