Building on the success of the 2010 revamp of the Doblo, Fiat has upped its game with the latest range that offers better handling, higher fuel economy, and more perks as standard. Van tester Mike Smyre put the Doblo Maxi SX through its paces and renders his verdict. 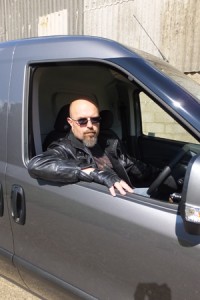 In 2010, Fiat made major revisions to its Doblo models, resulting in the ‘Van of the Year’ award in 2011, and those of you with long memories (and sad, sad lives) may remember that I was mightily impressed with the changes. The looks, the build quality and the ergonomics were all light-years ahead of its predecessor, resulting in a great all-round small van.

What, then, could be done to improve on this already well-rounded package? To find out, I took delivery of the new Doblo Maxi SX with the mid-range 105bhp 1.6 turbo diesel engine. The changes on the 2015 model are not in the same category as four years ago – the ‘face’ has been re-designed, the clutch and gear-change action and have been improved, and there have been tweaks to the fuel economy across the range of engines.

Cabin cruiser
The layout of the controls and instruments retain their practical and functional ergonomics, which continue to impress four years on. There is everything you need, nothing you don’t, and it all remains very intuitive to use. My only complaint is that the speedo and tacho could be easier to read – the numbers and needles are both a bit too small for a quick glance down. While the quality of the plastics is not quite up to the standard of the VW Caddy – or even the latest Transit Connect – and may even be described as spartan, they certainly give the impression that they are more than up to the rigours of everyday wear and tear.

The seats are large and comfortable for both driver and passenger, with height and lumbar support adjustment on the driver’s side. Despite the standard bulkhead, there is also plenty of leg-room, and unless you have the kind of build normally found in a pro-wrestling ring, you’re not going to feel cramped in this spacious cabin.

There is plenty of storage for maps and documents, with a large shelf over the windscreen, generous pockets in the doors, and a small space under the passenger seat.

The solid practicality extends rearwards into the load space. The 4.2m3 space gives an additional 1m3 over the standard Doblo, and can be extended to 5m3 by specifying the higher roof. The flat floor with minimal wheel-arch intrusion (thanks to Fiat’s bi-link independent rear suspension) and the squared-off body shape make this a very usable space.

Power play
The 750kg load capacity should be more than adequate for most installers – if not, you can upgrade to a class-leading 1000kg for an additional £165. The sliding doors both sides and a PVC lining are standard on the Maxi model, and six tie-down hooks ensure your load remains firmly in place. The rear doors have the 60/40 split that is becoming industry standard. Both open 180 degrees, and Fiat claim they can be both opened and extended using just one finger.

The 1.6 common-rail diesel is quiet and vibration-free and pulls adequately all the way through the rev range.  Maximum torque comes at a mere 1500rpm, so there is little point in pushing the revs too hard. With 105 bhp pulling 2370kgs, it hardly gets the blood racing, but it does the job and never feels as if it’s running out of steam. If you regularly haul heavy loads, or simply want a bit more performance, there is a 2.0 turbo diesel option giving a very respectable 135bhp. Fiat claims to have improved both responsiveness and economy across the engine range.

Under the bonnet
The 90hp 1.3 MultiJet II and 105hp 1.6 MultiJet II engines are now available in ‘EcoJet’ versions which offer a further reduction in fuel consumption and emissions levels using ‘Start&Stop’ (a £225 option fitted to our test model), low rolling-resistance tyres, low-viscosity oil, an ‘intelligent’ alternator, a variable-displacement oil pump, and a new aerodynamic pack.

Fiat claims a fuel economy figure of up to 64mpg and CO2 emissions of 115g/km, and while manufacturer’s economy figures need to taken with a large pinch of salt, I managed 46mpg over the week I had the van. Bearing in mind I had only the ‘Start&Stop’ and was not driving with economy in mind, I reckon the full economy pack and sensible use of the throttle would make 50+ mpg more than possible.

How it handles
The Doblo’s road manners are excellent. The power steering is perfectly weighted, and cornering and grip are everything you need in a commercial vehicle. There is a slight tendency for the front end to tuck under if you push hard into corners, but it is never unsettling. The suspension absorbs bumps and potholes with aplomb, and a rough road is the only time the cabin gets noisy. ESC, an optional extra on the 2011 model range, is now standard.

The clutch is light and progressive and the gear change on the six-speed box is slick. Fiat say they have lightened the former and shortened up the action on the latter, but they were notably good before, and without a back-to-back comparison, I really couldn’t detect any difference. The brakes are powerful and progressive with a nice feel to the brake pedal, and despite a couple of rapid stops, I never felt the ABS was kicking in.

The tall sixth gear (2500rpm at 70 mph), comfortable cabin, and lack of wind and engine noise at legal speeds make the Doblo an ideal tool for motorways and fast ‘A’ roads. It really does feel like you could drive all day and arrive fresh at your destination.

Looking back
Reversing is not the easiest. The shape of the load space, while very practical, does, in combination with the solid bulkhead, severely restrict the rearward vision, and even the large mirrors with their convex additions do not give much clue as to what’s happening behind. This makes the parking sensors a very worthwhile £185 option. I didn’t have these on the 2011 test, and found myself leaving the van 3 feet away from any potential hazard to avoid a scrape. I really wouldn’t consider buying this van and not having them fitted.

So what, if anything, is wrong with the Doblo? Well, not a lot. I noted last time out that the cabin power outlet was in an awkward position and that the bonnet release was difficult to reach. These very minor gripes remain. My only other concern would be residual value. Fiat has made huge strides in build quality and reliability in recent years, and it seems somewhat unfair that this has yet to be reflected in resale values. But these rely to a large extent on consumer perception, and the Fiat marque has not, as yet, attained the kudos and reputation for longevity enjoyed by VW, Mercedes and the like. I would not let this put me off buying one.

Final verdict
Our test van, with a host of standard extras plus the reversing sensors, metallic paint and power folding mirrors included, comes in a just over £18K plus VAT. For this you get a practical, comfortable, well appointed and economical vehicle with great load space and carrying capacity. Things have improved enormously at Fiat, and if you’ve been put off by the badge in the past, don’t be now. This van will not disappoint. 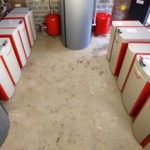 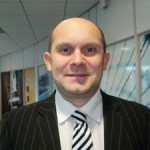