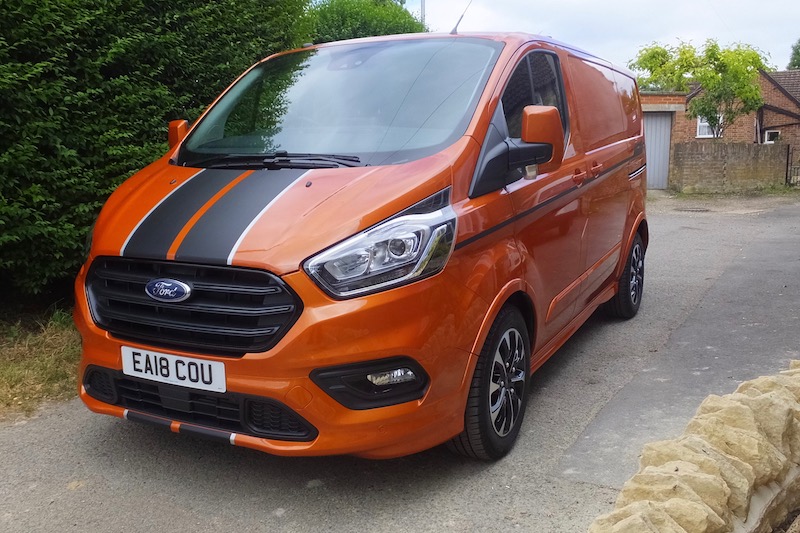 As Britain’s best selling medium panel van, the Transit is constantly undergoing improvements as Ford aims to retain its top spot. The Custom Sport 310S version recently fell into the capable hands of our van tester, Mike Smyre, who files this report.

Ford has always been generous with their press events, with motoring journalists given plenty of opportunities to view and try out the company’s latest offerings. But in all the years I’ve been writing van reviews, somehow I’ve never had the chance to test the redoubtable Transit for more than a few hours.

So when the PHAM News office asked if I’d like a brand new model for a week, I didn’t hesitate. Expecting something white, with steel wheels and the usual mid-range extras, I was somewhat surprised when this smart orange beastie with its sporty black stripes rolled up the lane.

Our test vehicle was the very latest Transit Custom Sport 310S, (£31,256 + VAT) which came as standard except for the Orange Glow paint (£400), ICE pack 24 (£1295), and LED loadspace lighting (£80). This van is so loaded with features, it’s easier to tell you what isn’t on it: there is no stop/start and it doesn’t have keyless ignition. Otherwise, if you can think of it, this van has it.

The Orange Glow paint proved to be decidedly ‘Marmite’, with comments ranging from “Cool colour, bro” to “I wouldn’t be seen dead in that”; but if it’s not your cup of tea, you have a choice of three other metallics and solid red or white. The rest of the Sport body kit includes the front bumper skirt with swivel fog lights, side and rear skirts and the top-hinged rear door, although you can opt for the traditional barn door set-up here if you wish. Topping off the look is a set of 5-spoke 17in alloy wheels, and if they’re not sporty enough for you, 18in 10-spokes are available as an option.

The loadspace is the standard 6m3, with noise-reducing insulation acting as protection for the paint, an easy-clean floor and wall-mounted load securing points to keep the floor area clear. A few years ago, Ford introduced a load through hatch in the bottom of the bulkhead to allow long pipes to go under the passenger seat, enabling a 3m length to fit (just) inside the van. This is something of a necessity, because the foldable roof-rack, while being a great idea in theory, is almost impossible to set up from the ground.

Security is handled by a Thatcham Category 1 alarm system, which automatically arms itself when you lock the vehicle and sounds a powerful alarm if triggered by forced entry, the vehicle being lifted, or if the motion sensors pick up any movement inside. The key fob uses a dual band transmitter, making it virtually impossible, Ford claims, to scan or copy. 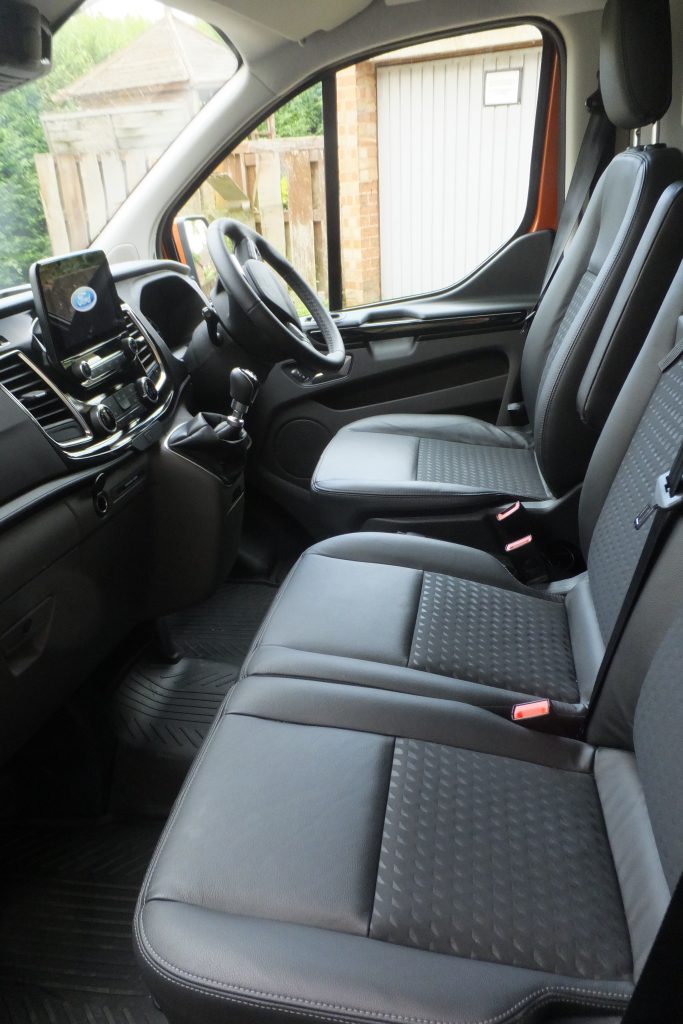 The cabin is well appointed with part-leather seats and leather trimmed steering wheel. Sat-nav, reversing camera and phone connectivity are all on the 8in touchscreen in the centre of the dashboard, and despite the bewildering range of functions available, it is all very easy to use. In fact, the whole ergonomic layout of all the controls is impressively instinctive, and everything falls comfortably to hand.

Between the 8-way adjustable seat and the rake and reach adjustable steering wheel, it’s simple to find the ideal driving position. A seat pack which includes power adjustment, lumbar support and seat heating is an optional extra. The seats have just the right degree of firmness to remain comfortable over a two hour drive.

Where the action is

Out on the road, the Transit’s sporting credentials continue to impress. The 170PS 2-litre turbo diesel has enough poke to shift the van along smartly, even hauling the 400kg sample load that came with the test van. Most of the action happens between two and four thousand RPM, occasionally necessitating a lower gear than you might expect, and making revving to the red line redundant – shift up at 4000 and you’re right in the power band for the next gear. If you’ve ever been annoyed by one of those economy gear change lights (and haven’t we all?) the Sport’s rarely intrudes, only letting you know if you really are in the wrong gear for the conditions. Economy from the Euro 6 engine is good, with urban MPG at 39.8 and a combined of 44.1.

The suspension also has a sporty feel to it. The roll stability control and stiffer springs mean minimal roll when pushing hard into a corner, and if the road is smooth it feels more like a go-kart than a van. The downside to this is that it can feel a little choppy on rough roads and gives the impression of being over-sprung and under-damped.

The clutch is positive and progressive, but a little heavy. The Sport is available with an auto box, which would be a sensible option if most of your driving is urban. The brakes are fantastic and will haul the van up without drama, even loaded, from any legal speed. And you do have to watch your speed very carefully in this van – on a smooth ‘A’ road, 50mph feels like you’re standing still. There is no wind noise, the engine is barely ticking over (70mph in top gear is a paltry 1750 RPM) and the only aural clue you’re moving comes from the muted rumble of the low-profile tyres.

Parking is easy thanks to the reversing camera and the sophisticated proximity sensors, which operate both back and front and also cover the corners of the van to the side. There really is no excuse for hitting anything if you have the benefit of this technology. There is even a tiny light in the excellent wing mirrors which gives a flash when someone is about to overtake you on the motorway.

And it’s on the motorway that the electronic wizardry in the Sport really makes itself known. We are not quite there with autonomous vehicles yet, but the Sport’s adaptive cruise control make you wonder how far away true autonomy might be. Set the cruise at the legal limit and the van will detect slowing traffic ahead and maintain your 2-second gap, even applying the brakes if necessary. There is a feature on the centre dash that tells you the speed limit you are in and even has a real-time feed to the overhead temporary speed controls – quite spooky!

Other safety features include 5-star Euro NCAP passenger protection, Electronic Stability Control, Roll Stability Control, and Emergency Brake Assist which senses how much pressure you’ve applied to the brake yourself and automatically increases it, if necessary. It even flashes the brake lights to let following vehicles know you’re braking heavily.

In summary, the Custom Sport is a comfortable, economical, fun-to-drive van packed full of gadgetry and safety features. At just north of £33k (just shy of £40k if you have to pay the VAT) it’s not the cheapest option, and given the battering most engineers’ work vehicles are inevitably subject to, maybe not the most practical. But if you like your driving to have a bit of ‘sparkle’ and want to stand out from the crowd, pop down to your local Ford dealer and take one for a spin. You’ll be impressed. Promise. 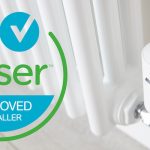 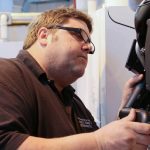 Next article - Installers struggle to find time to train »