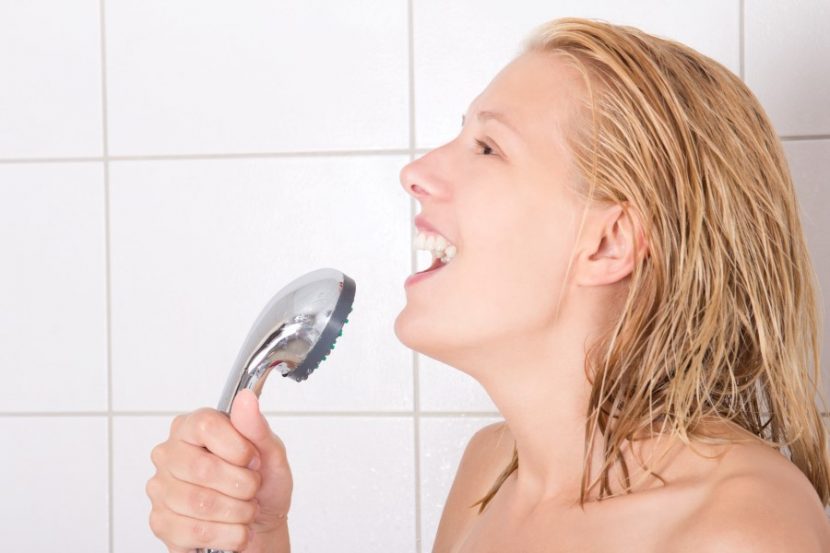 What goes on in the shower?

New research from Triton Showers, has revealed that the UK is a nation of shower multitaskers. Two thirds of Brits have confessed to singing, cleaning the shower enclosure, shaving, or brushing their teeth at the same time as showering.

The survey of 2000 adults, which looked into the nation’s showering habits, found going to the toilet, making a call and having sex all featured in the top ten showering tasks, alongside dancing or even taking a phone call.

With lifestyles becoming ever more hectic, more than a third of adults reported not having enough time in their day to get everything done, resulting in having to do more than one thing at the same time.  In fact, one in ten people confessed to washing items of clothing in the shower while some more unusual tasks included washing a pet, doing exercises and yoga as well as watching a TV show.

Some people take the opportunity to get some thinking done, with 12% admitting to having made a life changing decision in the bathroom and one in five adults saying that they contemplate the meaning of live while lathering up.

Food is never far from our thoughts either, with more than half of adults stating that they use their time in the shower to think about the contents of their next grocery shop or what they’ll cook for dinner. Sadly, nearly half of those surveyed believe their lives are too busy, with 62% saying time in the shower is the only chance they get to switch off.

Tina Simpson, Marketing Director at Triton Showers, comments: “Working in the plumbing industry, it’s easy to think we know everything about our customers, which is why research like this is so interesting. Whereas the bathroom is usually seen as an area of respite, our hectic day-to-day lives means sometimes the precious few minutes we have in the shower are now being taken over by a range of other tasks besides cleaning ourselves. Crucially, whether it’s first thing in the morning or last thing at night, the research highlights that showers remain a key part of people’s day. As an industry, we just need to be sure that bathrooms and more specifically the shower is installed and maintained according to manufacturer instructions to meet requirements, whatever they might be.”

Next article - Industry urged to take action against Legionnaires’ disease »