Why are showers still ‘pumping’ in the UK?

by Chris Vallance, sales and marketing director at Salamander Pumps

Shower pumps started to grow significantly from the 1980s, and then really took off into the 90’s, noughties, and still continue to grow today. As UK residents experienced more foreign holidays and hotel experiences where higher shower pressures were enjoyed, they wanted this experience replicated in their own homes. In the 2000s, shower pumps became a cost-effective alternative to a traditional, concentric, standalone mixer shower, essentially a bar mixer with a shower pump was a cheaper option. Currently the total shower pump market is estimated to be worth around £30 million today.

An increasing trend for second, and even third bathrooms has put more demand on plumbing systems, coupled with a buoyant housing market and the introduction of statement, large, impactful shower heads. It’s important to note that shower pumps work ostensibly off gravity fed plumbing systems, and while a householder may look to upgrade their bathroom, they are unlikely to change the plumbing system at the same time – effectively UK consumers only really change their plumbing system when the boiler packs up. In fact, recent research has shown that almost a third of adults in the UK are planning a partial or full bathroom refurbishment in the next 12 months. That’s more than 17 million refurbs! Increasing the size and features of an en-suite can place a lot of strain on existing gravity-fed systems and a shower pump could be a perfect solution to a dribbling shower head and poor shower performance.

Many of the refurbishments will require a new shower, bathroom, or whole house pump to enable a good shower performance, or a speedy bathfill  and when you consider that 60% of these new fit outs will use a tradesman – it’s important to understand exactly what shower pumps can bring to the table.

New bathrooms aside, low water pressure in a home is a wide-spread issue in the UK. In fact, 40% of the UK reports that poor water pressure – resulting in trickly showers, slow filing cisterns and painfully slow-filling baths; has an impact on their daily lives.

There is a general misconception amongst home owners and some installers that the Water Supply and Fittings Regulations of 1999 prevent you from fitting a pump directly to mains water, however that isn’t actually true. In fact, Government regulations state that pumped mains water must not exceed 12 litres per minute (l/min.) Given that many households experience a flow much lower than this, in these instances, homes are able to boost their incoming mains water, as long as the pumped water flow does not exceed the limit. However, some larger homes with multiple bathrooms and outlets will require a flow much greater than this, and consumers will always want performance. In these situations, homes that require increased flow can install water storage solutions, which can provide flow and pressure far greater than 12l/min, whilst still conforming to the guidelines.

In gravity-fed systems, water pressure is usually low due to limitations by the available head of pressure from the cold-water tank. This pressure problem can be alleviated through a range of GravityBoost products – boosting shower and tap pressure throughout the house.

One example would be the EVE shower pump by Salamander Pumps. EVE is a twin-ended, universal shower pump featuring a variable bar rating, meaning it can alternate between 1.5 bar, 2.0 bar or 3.0 bar, with just the touch of a button. EVE will also   fit into both positive and negative head situations, without the need for a pressure vessel, making it suitable for any home with a gravity-fed system. For houses with mains-fed combi boilers or an unvented cylinder it’s very common for water pressure to fluctuate during the day. In peak times before and after work, often the whole street will see a drop in water pressure as the demand from residents increases. The pressure will then increase again during the day and especially overnight, while most residents are asleep and there is less demand. In fact, the best mains fed system in the world is only as good as the incoming flow and pressure, creating potentially poor performance on showers and all other outlets in the home.

Salamander’s MainsBooster range has a number of solutions for boosting pressure in mains-fed or unvented plumbing systems – the new range, comprising 11 different products, features both inline pumps and accumulator tanks. The AccuBoost tanks are available in a number of sizes, and pumped and unpumped models, offering a solution for any home with a combination boiler or unvented cylinder system.

If you’re looking for more information, visit the product selector at https://www.salamanderpumps.co.uk/ to find the best product for your project. 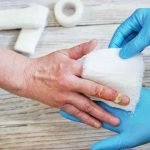 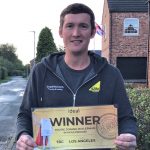